The first school to be rebuilt as part of the government’s building programme has opened to its pupils.

The first school to be rebuilt as part of the government’s Priority School Building Programme (PSBP) has opened to its pupils today (1 May 2014).

Pupils and teachers at Whitmore Park Primary School in Coventry have had their dilapidated school building completely rebuilt as part of the £2.4 billion programme to rebuild 261 of the schools in England in the worst condition.

In total, 28 schools are now either under construction or open as part of the PSBP, while design work has begun at 234 schools – 90% of the programme. All schools will be delivered by the end of 2017 – 2 years earlier than originally planned. Given the success of the PSBP, ministers have also announced today a second phase of the programme, worth around £2 billion.

“The opening of Whitmore Park marks a major milestone in the Priority School Building Programme, which is making great strides in ensuring that vital building work takes place at some of the schools in the worst state across the country.”

“It is providing much better value for money than previous school building schemes, and forms part of the government’s drive to deliver the best schools for young people in order to help deliver both a stronger economy and a fairer society.”

Whitmore Park Primary has become a model for PSBP schools, with procurement taking only 13 weeks and building works complete in just 11 months.

“I’m sure the new school environment will make a real difference to the staff and children here at Whitmore Park.”

“Our previous building was past its best so the new school will mean that less money will have to be spent on repairs and can be spent on better equipment or more staff instead.”

The £5 million project comprises a new build primary school for 630 pupils with a 39-place nursery. The 2 wings share a central hub comprising the entrance, studio and hall, making it an efficient and effective design.

Stephen Beechey, Managing Director Education and Investment at Wates, the contractor who built the school, said:

“This can clearly be seen in the delivery of Whitmore Park. Wates has maintained a close working partnership with the Education Funding Agency throughout the design and build programme to maintain cost and time efficiency, leading to completion of the first school under the programme.”

The government is determined to raise the standard of schools and the education they provide as part of its long-term plan. The PSBP is building on the progress we have already made in delivering a more efficient, faster, less bureaucratic approach to building schools.

Thanks to the decisions we have taken following the James review to improve efficiency and reduce waste in central school building programmes, this government is building or improving the condition of almost 900 schools – twice as many as the previous government. This includes building almost 300 brand new schools, rebuilding and renovating 200 of the most dilapidated schools in the country, and approving funding for more than 400 projects from previous programmes. Coming on top of building work undertaken by local authorities, the coalition is delivering central government’s biggest contribution to the school estate in decades. 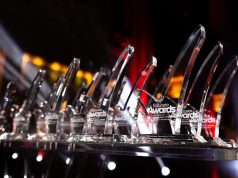 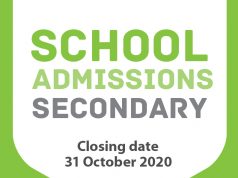 Secondary school applications are about to close