Lancashire County Council is reporting a much improved financial position, thanks to careful management of its finances in recent years.

A report to the Cabinet this week provided an update on the council’s 2019/20 financial position and the medium term forecast for the next 4 years.

Based on the current forecast, the council won’t need to use any financial reserves to support its revenue budget in 2020/21 or 2021/22.

County Councillor Geoff Driver CBE, Leader of the County Council, said: “This is good news. In 2017, we faced a deficit of £200m, which quite frankly would have brought us close to collapse if we hadn’t taken some big decisions.

“Whilst we still have a lot of work to do, we have managed to put the council on a solid and sustainable financial base, which means that we can invest in important council services for the benefit of Lancashire people.”

But the council is aware that there are still financial challenges ahead.

Based on the most-likely funding scenario, the county council’s funding gap is forecast to be £28m by 2023/24 which is a significant reduction from the previous forecast gap of £65m by 2022/23.

Work is progressing on identifying ways of meeting the future funding gap via additional savings and improved ways of working.

“We’ve included the most up-to-date demand forecasts in our planning, but of course any further increase would clearly add additional pressure to future years.

“Savings of over £58m between 2020 and 2023 have already been identified and although we still need to reduce the deficit even further it’s a significant improvement from where we were in 2017.”

In the government’s provisional funding settlement, the Chancellor announced that councils will have access to new social care funding of £1.5bn in 2020/21. This consists of grant funding and up to a 2% adult social care precept.

Net savings of £10m by 2025/26 are forecast to be delivered by the adoption of the Lancashire family safeguarding model, which provides wrap around support for vulnerable families to try and keep children safe in their own homes, following a successful bid for funding from the Department for Education.

The provisional local government finance settlement for 2020/21 announced on the 20th December was largely in line with council’s estimates from October, and included both the continuation of the revenue support grant and significant additional funding for social care.

These figures are expected to be confirmed towards the end of January as part of the government’s final settlement announcement. However the government settlement is only for one year with a multi-year spending review planned for later in the year.

You can read the Cabinet’s ‘Money Matters’ item online at: council.lancashire.gov.uk/ieListDocuments.aspx?CId=122&MId=9483. 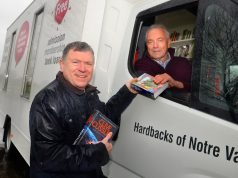 Wrong side of the tax: Hidden financial hardship of those in council tax arrears revealed