Solid Entertainments is delighted to announce that Félix Rabin will be appearing as special guest on the upcoming Wishbone Ash XLIX UK tour.

The great news for live music lovers, rock fans and aspiring musicians in Merseyside, is that there will be one show at the Floral Pavilion Theatre in New Brighton on Sunday 21st October.

The French 23 year old singer-songwriter and guitarist was inspired by musicians like Jimi Hendrix, Stevie Ray Vaughan and Pink Floyd…..his style embodies these influences and blends contemporary Rock in many of its guises, with inventive riffs and moody melodies.  Loving music as long as he can recall, the desire to play came suddenly and when Félix picked up his first guitar at 15…….this is when the story began.

After touring around France, playing several times at the prestigious Montreux Jazz Festival in Switzerland where he was born and lived since childhood, Félix is now ready to take his music and open doors in new territories and fortunately, one of these is the UK!

Given the amazing response he has received after only a handful of appearances in this country, he says; “As a French guy, I really can feel that music is much more into the culture of English people – I mean you can feel that Pink Floyd, Led Zeppelin, Wishbone Ash and all the other great ones come from here!”

As “special guest” on the Wishbone Ash XLIX UK Tour he will be playing at 28 of the 31 shows with his band throughout October & November this year.  On his presence on this tour, Wishbone Ash says “We are delighted to have French artist Félix Rabin featuring as special guest on our upcoming XLIX UK tour”.  In response to this Félix states; “Extremely excited to be part of this adventure with such a legendary band.  I feel very honoured and can’t wait to hit the road, hoping to be a great discovery for the UK audience!”

In 2016 he penned a few songs for promotional purposes and after a few months on the road, it soon became clear that people liked what they saw and wanted to hear more, so Félix released a selection of his songs on CD.  Félix is planning to release his debut album in 2019 and it’s fair to say…………there are exciting times ahead for this young Frenchman….

You can have a look and listen to Félix doing what he does best; the atmospheric “Down Our Roads”at youtu.be/QTF6bb74u0o and a tribute to one of his idols (who needs no introduction), “Hey Joe” at youtu.be/2F3mY8LB9oo 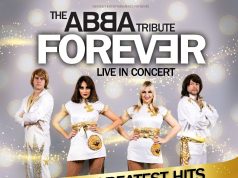 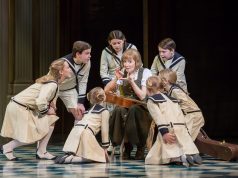