Going into surgery can be daunting for anyone, let alone a child, so a family from Wigan made a fun donation to Wrightington, Wigan and Leigh NHS Foundation Trust’s Rainbow Ward to make the trip a little less scary.

Megan Whitton, 30, from Pemberton, decided to raise funds for the Ward after her daughter, Georgina, spent six days on the ward at the Trust’s Royal Albert Edward Infirmary at just three days old after suffering a dangerous drop in her blood sugar levels.

As a thank you, Megan, her extended family and friends, held a Rainbow Raffle evening at the Two Left Feet Tap & Brewery in Haigh Hall with prizes donated by local businesses from the borough.

The evening was a resounding success raising a total of £532. With the money raised, the family bought two electric cars, that will be used to make the journey to surgery and to treatment rooms, that little bit less scary, whilst also providing a boost to the ward’s Teenzone Appeal.

On her motivation to fundraise Megan said: “Georgina was rushed to A&E by our midwife at three days old which was incredibly scary for my husband, Alex, and I – especially as first time parents.

“However, she has recovered incredibly well and now you wouldn’t know she had ever needed that extra help that she received.”

Megan added: “We were incredibly lucky that all the staff and community support we had were the very best we could have hoped for, but we still think of the families with children on Rainbow Ward all the time, and wanted to help.

“Though Georgina was only on the ward for six days she was so well looked after and, not only that, the staff helped my husband and I too – we received 24 hour help and support from all doctors, nurses and other staff working on Rainbow Ward.”

Megan and her sister, Rachel McGrory, who works at the Trust and helped to organise the evening, visited Rainbow Ward to donate the cars and brought along baby Georgina to say hello to the staff who looked after her.

The gifts were so well received that patients immediately jumped in to race up and down the corridors.

Nichola Vose, Deputy Ward Manager said; “We are extremely grateful for the donation of the cars and the money for our Teenzone Appeal.

“The battery operated cars will be used to take our patient’s to theatre to help it be a less daunting experience for them and the donation for the Teenzone helps us to get  that one step closer  to the development of the room for our teen age patients so they have an area to chill and relax.” 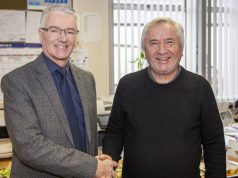 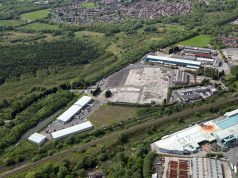 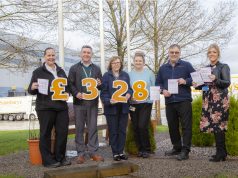 Fundraising is just the ticket