More than 14.5 million voters are effectively ‘unrepresented’ according to the Electoral Reform Society, after 45% of voters rejected their local MP.

The number reflects the millions who did not vote for the local MP in their area, under Westminster’s ‘one-person-takes-all’ voting system. Under proportional representation, there are far fewer votes thrown on the ‘electoral scrapheap’, the ERS say.

The ERS are also highlighting ‘worryingly warped’ results of the election, with a large majority won on a minority of the vote. The Conservatives’ vote share rose only slightly (1.3 percentage points), while their share of seats rose 7.4 points (to 56%).

Labour’s vote fell by 7.9 points while their share of seats fell by slightly more than that, 9.2 points.

The Liberal Democrats won 11.5% of the vote but just 1.7% of seats. The party’s vote share increased significantly but had a net loss of one seat. The SNP have 7.4% of seats on 3.9% of the vote.

“When millions of voters are totally unrepresented, something has gone badly wrong. These warped results are hard-wired into Westminster’s winner-takes-all voting system.

“Westminster’s electoral system is not just bust, it is bankrupt. First Past the Post politics has driven a coach and horses through attempts at dialogue, compromise and cooperation.

“We can’t go on like this. It’s time for Westminster to catch up with most developed democracies and back a genuinely fair, democratic politics – where seats match votes and all voters are heard.

“First Past the Post is forcing people to ‘hold their nose’ every election. It is reducing choice through back-door party pacts. And it is leaving voters alienated and excluded, while warping our national debate.

“We urge all parties to put principle first and bring our political system into the 21st century. With trust in our institutions at rock bottom, this is a vital first step to building a better politics.”

The ERS has also assessed the large number of seats where an MP slipped in with a fraction of the vote. Here are the 10 smallest margins needed to win:

Top 10: Smallest Share of the Vote Needed to Win

The ERS have launched a petition to introduce proportional representation action.electoral-reform.org.uk/page/3782/petition/1

Pressure for Lords reform grows after raft of ‘cronyistic’ appointments 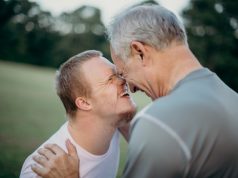 One year on from PM’s pledge: social care needs a reset