The Electoral Reform Society have predicted the election result in half of Britain’s constituencies, days before polling day.

Nearly 23m voters in Britain are in these ‘competition free zones’, according to the ERS.

The ERS say this ‘scourge of safe seats’ is made worse by Westminster’s winner-takes-all voting system.

The findings come after the ERS wrote to party leaders urging them to make proportional representation a red line in the event of a hung parliament.

Polling by BMG Research has found that 30% of voters plan to ‘hold their nose’ on Thursday and vote tactically.

Recent research by the ERS has found that nearly 200 seats have not changed hands since World War II – a ‘damning indictment’ of Westminster’s winner-takes-all system. YouGov’s analysis suggests that under 10% of seats are likely to change hands on Thursday.

And polling launched last week revealed that just 16 percent of the public believe politics is working well in the UK – and only 2 percent feel they have a significant influence over decision-making.

Figures by region (sorted by highest % of seats safe, out of region’s total)

“While we don’t know who’ll form the next government yet, we do know this: in hundreds of seats across the country, the result feels like a foregone conclusion.

“This election is being fought in the handful of ‘swing’ seats that hold the keys to Number 10. Meanwhile, millions of people in Britain’s one-party seats feel like there’s almost no election at all.

“Some of these constituencies are so secure that we’re confidently predicting the outcome in 316 seats – half of constituencies in Britain. That means 23 million potential voters are in seats highly unlikely to change hands.

“If we switched to a democratic, proportional voting system, where seats in Parliament match how we vote, elections would be far more competitive – and your voice would always be heard.

“It’s time for a voting system where every vote counts equally, no matter where you are. We call on all parties to make PR a red line issue in the event of a hung parliament.” 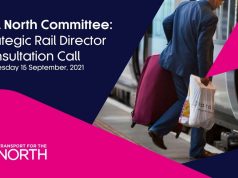