More than 400,000 long-term unemployed people are now in work because of the Work Programme.

The last official statistics to be published in this Parliament show that the Work Programme has helped more people than any previous employment scheme.

The programme has contributed to overall long-term unemployment falling to the lowest level in 5 years, and long-term claims for the main unemployment benefit – Jobseeker’s Allowance – dropping every month for 2 years in a row.

The Work Programme provides 2 years of dedicated support to those benefit claimants who have already been out of work for up to a year and unlike previous schemes it has been designed to keep people in work.

“Today’s figures are further proof that by sticking to the government’s long-term economic plan we have been able to give people the right support and opportunities – so there are more people with the self-esteem and financial security that a job brings.

“The Work Programme has revolutionised the way we support long-term unemployed claimants turn their lives around, and focuses on keeping people in work while also making sure that taxpayers only pay for results.

“But this isn’t just about numbers – behind these numbers there are individual stories of hard work and determination and jobseekers who – in many cases – for the first time have been able to turn their lives around with our support.”

Industry figures show that 680,000 people have started a job thanks to the programme, and today’s statistics reveal that:

Unlike the short term job focus of previous schemes that left many people back on benefits afterwards, the Work Programme is about keeping people in work.

Work Programme providers are paid the majority of their money when someone has stayed in work for 6 months, or 3 months for some of the hardest to help.

Many more people have started work but not reached the 6 month point yet – which is why the industry figures of 680,000 provide a useful early indication of the numbers of people getting jobs.

Previous schemes didn’t do enough for disabled people, which is why the Work Programme focuses on giving some of the hardest to help people 2 years of support, and offers providers higher prices for working with these claimants.

In June last year (2014), the National Audit Office reported that the programme will save more than £40 million over and above any previous employment programme, and that the government will saved £450 million on benefits compared with any previous scheme.

In addition to the Work Programme, the Department for Work and Pensions (DWP) offers a range of support across the country to get people off benefits and into jobs through our network of over 700 Jobcentres. These include work experience, employer-led training, work placements, skills training, and help for budding entrepreneurs through the New Enterprise Allowance. 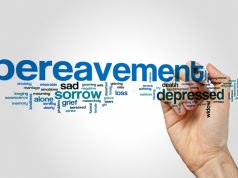 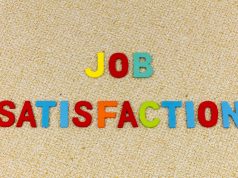 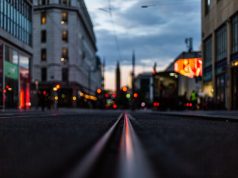