The figures – which saw CPI increase to 3% and CPIH to 2.8% in September – confirm the scale of the benefit freeze taking place next year. RF analysis has found that a working family with two children are set to lose out on £315.

Benefits and tax thresholds are normally uprated every April in line with the CPI figure for the previous September. However, because working age benefits are being frozen in cash terms, today’s figures confirm that tax credits, child benefit, JSA, ESA and Universal Credit will instead be subject to a 3 per cent real terms cut.

With the vast majority of savings from the benefit freeze – worth £1.9bn next year alone – falling on low and middle income households, the Foundation is calling on the Chancellor to unfreeze working age benefits next year to provide much needed living standards relief.

Today’s inflation figures also mean that the Resolution Foundation now expects Britain’s pay squeeze to have deepened across the late summer and early Autumn – something that could be confirmed in official labour market statistics as early as tomorrow.

“Rising inflation is dealing a double living standards blow to families on low and middle incomes, who are facing shrinking pay packets and reduced state support.

“But rather than addressing the squeeze, government policy is making things worse by freezing benefits at a time when inflation is almost three per cent.

“The Chancellor should use his Budget next month to unfreeze working age benefits and provide some much-needed relief for young families in particular. He could fund the policy by freezing the personal tax allowance which would bring in around £2bn, largely from better from households.” 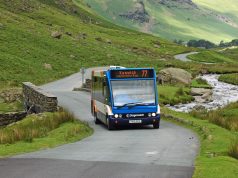 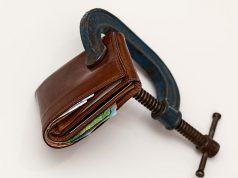 Around 900,000 could receive increased Housing Benefit from April