A dog owner has been handed a bill of £830 after being prosecuted for failing to get his dog microchipped and ensuring it was wearing a collar and tag in public.

West Lancashire Borough Council took legal action against Adrian Murray, of Mottram Close, Kirkby, after his dog, a female Shih-Tzu, was found straying in Simonswood and handed over to the Council by a member of the public. The dog was not wearing a collar and tag and was not microchipped.

Dog owners can face an unlimited fine if their dog is not wearing an identity disc in public. If they have more than one dog in public without identity discs they can face separate fines for each dog.

It is also a legal requirement for dogs to be microchipped and the owner’s contact details kept up to date. Anyone failing to meet these requirements can be served with a 21-day legal notice ordering them to get their dog chipped. Failure to comply with the notice can result in prosecution and a fine of up to £500 per dog. Dogs with microchips where the owner has failed to keep their contact details up to date will be deemed not to be microchipped.

Mr Murray reclaimed his dog from the kennels and was served with a legal notice asking him to comply with legislation regarding the microchipping of dogs and provide the Council with proof of microchipping.

He failed to comply with the notice and was prosecuted for both that offence and not ensuring the dog was wearing a collar and tag while in public.

He did not attend the hearing at Wigan Magistrates Court and was fined £440, and ordered to pay £360 costs and a £30 victim surcharge.

Councillor Kevin Wright, portfolio holder for Community Safety, said: “The Council takes its role with regards the laws around dogs very seriously. So be warned, dog owners who fail to comply with the legislation could face heavy fines.

“When a dog is microchipped it can help trace who the keeper of the dog is. This may assist in reuniting dogs with their keepers or trace the keepers of dogs involved in attacks.” 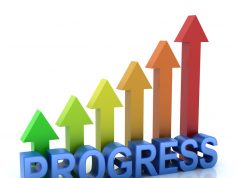