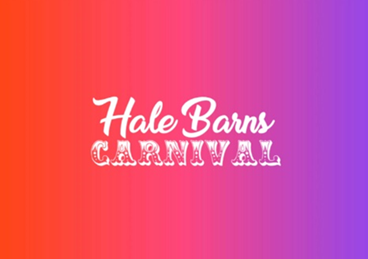 AND EIGHTIES FAVOURITES KATRINA AND THE WAVES AND 5 STAR

Hale Barns Carnival returns for 2021 – and the hugely popular festival is bigger than ever with a brilliant line-up over three unmissable nights.

This year’s event takes place across the weekend of Friday 16 July, Saturday 17 July and Sunday 18 July 2021 – with demand for tickets meaning the live music has been extended to three evenings for the first time.

And as another new addition for 2021 a preview party concert at the Garrick Playhouse in Altrincham on Saturday 3 July will star Odyssey along with special guest, Mama Used to Say singer Junior Giscombe.

Salford-born Russell is the UK’s best-selling classical artist, and this year marks the 21st anniversary of his debut solo album The Voice reaching the number one chart spot and catapulting the singer into the music industry spotlight.

He will be joined by his band to perform a specially curated set full of proms classics, including stirring anthems like Jerusalem, Rule Britannia, and Nessun Dorma. The Friday night concert will be supporting The Seashell Trust, with all profits from the evening being donated to the Cheshire charity which helps young people with complex needs and communication challenges.

Boney M dominated the disco scene during the late 1970s with a string of classic hits including Daddy Cool, Ma Baker, Rasputin and number one Rivers of Babylon, while their version of Mary’s Boy Child – Oh My Lord spent four weeks at the top of the charts at Christmas 1978.

They also hold the distinction of having two records in the top 11 best-selling singles of all time in the UK. And last month the group was back at the top of the charts when a Majestic and Boney M remix of Rasputin reached number one in The Official Big Top 40.

Then on Sunday 18 July an Eighties extravaganza is promised, headlined by Katrina and the Waves and 5 Star featuring Denise Pearson, and with support from Doctor and the Medics.

Katrina and the Waves scored a massive 80s hit with the irrepressible Walking on Sunshine, and in 1997 went on to win Eurovision for the United Kingdom with the anthem Love Shine a Light.

Meanwhile Brit Award-winning 5 Star were formed by siblings Denise, Delroy, Doris, Stedman and Lorraine in 1983 and went on to enjoy an impressive 15 top 40 records in five years, including System Addict, Can’t Wait Another Minute, Rain or Shine and The Slightest Touch.

And support comes from Doctor and the Medics whose version of Norman Greenbaum’s Spirit in the Sky became an international smash hit in 1986, reaching number one in the UK, Canada, Ireland and Austria, and enjoyed top 10 success in New Zealand, Australia, Italy and Germany.

Gates open at 5pm for the live concerts on the Friday, Saturday and Sunday, with the music starting at 6pm.

Tickets for the evening concerts are on sale now.

All 100% of the ticket revenue from the evening concerts will be donated towards community projects and charities. One ongoing project supported by the event is to help fund the building of a new community hall in Hale Barns, which will provide a platform to showcase local talent and run adult learning and youth projects.

The live concerts are once again complemented by a two-day free Hale Barns Carnival family event on the Saturday and Sunday (17 and 18 July).

This year the popular Supercars paddock boasts vehicles from the big and small screen including cars which had a starring role in James Bond, The Saint and Only Fools and Horses.

Daytime entry is free from 12 noon until 5pm.

The carnival weekend will be staged with measures in place, including more space and hand sanitizer stations, to ensure a relaxed and safe event for all the family.

Organiser Max Eden from Hale Barns Events said: “After the last 12 months, we wanted Hale Barns Carnival to come back bigger and better than ever before.

“During lockdown we held some popular ‘party at home’ events which were really well supported by the community, and we were also able to stage a smaller version of the annual carnival event live last summer. But we’re really pleased to be able to present a fantastic full programme again for 2021.

“We’re incredibly excited that Boney M, operatic sensation and local lad Russell Watson, and a host of brilliant 80s stars are joining us at the Hale Barns Carnival 2021. Each concert promises something completely different, and we hope the music will stir some great memories for our audience as well as creating new ones.

“This year marks our fifth anniversary. As we grow, we want to remember that and the people who have made Hale Barns Carnival what it is going forward. And what better way than a party night at the Garrick with Odyssey, who were our headliners at the first event in 2017, and a really great bill of local acts as well.”