Today the National Audit Office (NAO) reports that the Home Office did not deliver improved digital border systems to its planned timetable of March 2019. This has increased costs by £173 million and means it continues to rely on legacy technology. It has since reset its Digital Services at the Border programme to change the scope and push delivery back to the end of March 2022. The Home Office has made improvements, but it still faces significant risks in delivering and integrating its new systems against a challenging timetable.

In 2014 the Home Office started its Digital Services at the Border programme to replace legacy systems which it considered increasingly expensive, difficult to maintain and unfit for the future needs of government. The programme intended to provide UK Border Force staff with better information to make decisions about people crossing the border and to track goods entering and exiting the UK.

When it first started, the programme lacked clear objectives, a timetable for delivery and a budget. Over time, the scope of the programme expanded, partly due to requirements relating to EU Exit and government changes to classification of security data. The Home Office also underestimated the technology requirements and the capability it needed to deliver them. Resourcing shortages, particularly of technical staff, were reported to the programme board eight times between July 2015 and May 2018.

The Home Office lacked appropriate oversight, leadership and governance to ensure that progress was made and to manage the programme risks effectively. The Infrastructure and Projects Authority (IPA) rated its confidence in the programme’s delivery as “Amber-Red” in four of the five years leading up to 2019. The programme did not deliver the systems it intended to by March 2019, with a pilot for only one of the programme’s planned three systems, Border Crossing, in live operation.

In July 2019, the Home Office decided to undertake a reset and refocus the programme on its core national security requirement to provide more control over who enters the UK. This meant it would continue rolling out its Border Crossing system; stabilise and improve, rather than replace, the Semaphore system; and remove the replacement of systems relating to the flow of goods from the programme completely. It also extended its delivery timescale by three years to March 2022. This will add £191 million to the cost of delivering the new systems and the Home Office will have to pay a further £145 million to keep the legacy systems running.

The delay means the Home Office does not start to pay the running costs of the new systems until 2022-23 and it also spent less than planned prior to March 2019. The Home Office therefore estimates that the net impact of its failure to deliver the programme by the end of March 2019 as originally planned is an additional cost of £173 million.

The Home Office now has 16 months to introduce its new systems, including delivering the more technically complex aspects of the programme which it has previously struggled with. It is dependent on the full roll out of Border Crossing – its new long-term solution for managing the “watchlist” of individuals of interest – to meet new demands on border management arising from EU Exit. The most significant requirement will be to enable electronic visas, settled status and other status which will be official digital permissions allowing entry to the UK, to be checked at the border against the watchlist.

However, technical issues affected the availability of an earlier version of Border Crossing which was live from September 2019, causing increasing amounts of downtime. In December 2019, six out of the seven pilot ports were using it to check less than 20% of passengers. In March 2020, the programme board suspended Border Crossing to improve system stability and support. In total it had been available for 54% (84) of the days it was in live operation.

As part of the reset, the Home Office increased the number of technical staff working on the programme and is confident that it now has the resources it needs. The Home Office has also strengthened the programme’s governance, leadership and delivery capability, better understands the challenges it faces and is working to address them. It aims to complete the national roll-out of Border Crossing by mid-June 2021 to all 56 ports covered by the programme.

Since March 2020, the confidence of the programme board and external reviewers about programme delivery has increased. In June 2020, the IPA increased its rating of delivery confidence to Amber. It reported that significant progress had been made, with the leadership team and delivery capability strengthened dramatically. It observed that the challenges facing the programme were well understood and being addressed. However, it also noted that significant risks and uncertainties remained.

The Home Office has significant interdependencies to manage to ensure the systems work effectively at ports and to meet its wider objectives at the border. For example, it needs to upgrade all 298 eGates used at 15 ports. It also plans to prevent most people travelling to the UK on an identity card rather than a full passport from October 2021, but Border Crossing will need to be fully operational otherwise additional checks on existing systems might cause disruption and delays at the border.

The NAO recommends that the Home Office builds on the recent progress the programme board has made in understanding risks, and its tracking of progress, to set up ways of working in line with the scale and pace of implementation now required to deliver the programme.

“The Digital Services at the Border programme did not achieve value for money by March 2019, failing to deliver what it intended and leaving Border Force staff to rely on outdated legacy systems.

“Since resetting the programme, there have been improvements and the Home Office has a better understanding of the significant risks and challenges ahead. It now needs to build on this work to ensure that it can deliver the programme at the pace and scale it requires.” 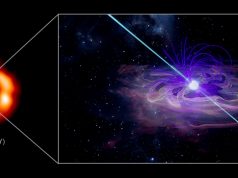 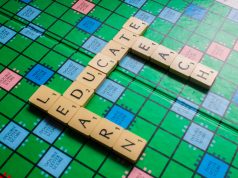