“Today we celebrate the core values that we stand for, and call for dignity and justice at work.

“Too many people in the UK are stuck in low-paid and insecure work. Too many women are denied equal pay. And too many people in our ethnic minority communities are blighted by discrimination and disadvantage.

“The last five years have seen a sustained attack on workers’ rights and protections – the introduction of tribunal fees, attacks on public sector unions and huge cuts to legal aid.

“And now the Conservative Party wants to effectively outlaw the right to strike by introducing punitive new ballot thresholds.

“No democracy elsewhere in the world has this kind of restriction on industrial action. It is a democratic outrage, especially as the Conservatives have opposed allowing secure and secret online balloting – the one measure guaranteed to increase turnouts.

“The Conservatives plan on making hundreds of thousands of public sector workers redundant over the next parliament and want to make it impossible for them to fight back.

“It doesn’t have to be this way. Stronger employment rights are good for the economy and business. People who feel secure and valued in their jobs are more productive and lead healthier lives.

“A race to the bottom with more casualisation, insecurity and exploitation is not the way to make the UK more competitive. It is a recipe for disaster.

“We are now just six days away from the most important general election of our lifetimes. An election that will shape the kind of country we live in for a generation to come.

“It is time to restore some much needed fairness and democracy to the workplace and our society. Britain is crying out for change and we need stronger unions to help deliver it.” 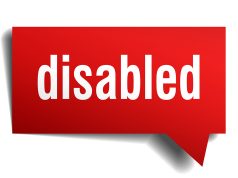 Give disabled people the right to work from home after Covid-19, says UNISON