TOMORROW: Day of action called by democracy organisations brand this Thursday (5th) #DemocracyDay to put political reform on the agenda.

A coalition of democracy campaigners are challenging the ‘radio silence’ by parties when it comes to the need to reform Westminster.

The groups calling for all party leaders to make their pro-democracy proposals front-and-centre this Thursday.

The UK’s leading political reform groups – including the Electoral Reform Society, Unlock Democracy, Make Votes Matter, and Compass – have declared this Thursday (5th) ‘Democracy Day’ to address the issue. Groups like Compassion in Politics, Democracy Club and Shout Out UK are also backing the day of action.

It is understood that neither of the two main parties have put in a dedicated day in their campaign grids to discuss Britain’s embattled constitution.

The latest Hansard Society analysis showed a collapse in trust in politics, with the proportion who said the system of governing needed “quite a lot” or “a great deal” of improvement up by five points from 2018, to 77% – the highest level recorded. The ERS will be releasing major new polling on political trust on Democracy Day.

The leading campaign groups are hosting a series of events and are urging parties to respond to calls for an overhaul of Westminster, amid ‘rock-bottom’ trust in politics.

New analysis by the ERS shows nearly 200 seats haven’t changed hands since World War II, while this year has seen continued frustration over the influence of the unelected Lords, as well as the prorogation debacle, and an ‘epidemic’ of tactical voting/parties standing down this election.

A planned cross-party debate in Manchester on December 5th at the People’s History Museum has so far seen Labour, the Liberal Democrats and the Conservatives fail to put forward spokespeople, despite multiple requests.

The campaign groups are calling for a constitutional convention involving citizens, to set out how to reform Westminster after the election.

“Despite trust in politics at rock bottom, parties appear to be reluctant to discuss their plans for political reform this election. Voters want to see parties open up about how to overhaul Westminster – with Parliament crumbling in more ways than one. It is time for all parties to step up and present their proposals with pride and passion.

“There is a high degree of cross-party unity around issues like updating Britain’s analogue age campaign rules, to holding a constitutional convention and reforming the unelected House of Lords. However, there are key points of disagreement which voters are entitled to hear. We urge candidates and parties to step up, and put political reform on the agenda this Thursday.

“Parliament is in dire need of change, and we cannot let the issue go ignored any longer. It’s time to address the elephant in the polling booth, and end the deafening silence on our democracy.”

“We’re in election season once again – the third in four years – and yet no one is seriously talking about democracy. Rather than look at the root causes of our distrust and division, parties continue to duck the question of fundamental democratic change.

“A Citizens’ Convention provides a proper process for a bold national deliberation – with randomly selected citizens at its heart. Through honest deliberation, a Convention could help develop our democratic system to be fit to face the challenges of the 2020s. Regardless of the outcome next week, the next Parliament must call for a Convention as its first order of business”.

“Over decades, more and more people have come to feel that they aren’t being represented by a political system that is serving the most rich and powerful. The UK’s archaic political system has alienated and disenfranchised millions of people, and shown that it’s not fit to fight the most pressing challenges facing society today, like the climate crisis.

“Too much political power is concentrated in the hands of too few people, and a Citizens’ Convention would put decisions about our collective future right where they belong – in the hands of the people.”

“With over a week to go until polling day, it’s already clear who is going to lose this general election: the British people. The election will be defined by electoral pacts and tactical voting as parties and voters struggle to overcome the inequities of First Past the Post. Worse still, we’re all but guaranteed to end up with a Parliament that doesn’t reflect how the people voted. By refusing to acknowledge this elephant in the polling booth, parties appear out of touch when it comes to our broken democracy.

“The UK desperately needs Proportional Representation for the House of Commons, so all votes count equally and seats match votes, and a Citizens’ Convention is the first step towards achieving this. On Democracy Day this Thursday, we’ll be calling on all candidates and parties to pledge their support for fair votes.

“The Up to Us event [Manchester – 2] provides the perfect opportunity for representatives of all the parties to join Make Votes Matter and fellow pro-democracy groups to collectively call for an urgent overhaul of our undemocratic voting system.

“While some of the parties reference electoral reform in their manifestos, both Labour and the Conservatives are silent on this important issue. This is bitterly disappointing and continues to deny the British people a vote that matters and a chance to be fairly represented in our parliament. We need real democracy, and for that we need all parties to make a firm commitment to Proportional Representation.”

The network of democracy organisations are calling for parties, activists, and the media to use December 5th as a key date in the electoral calendar to discuss the ‘elephant in the room’ – the need to reform how politics works in Britain. 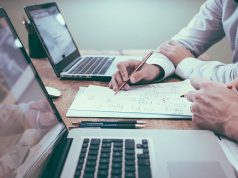