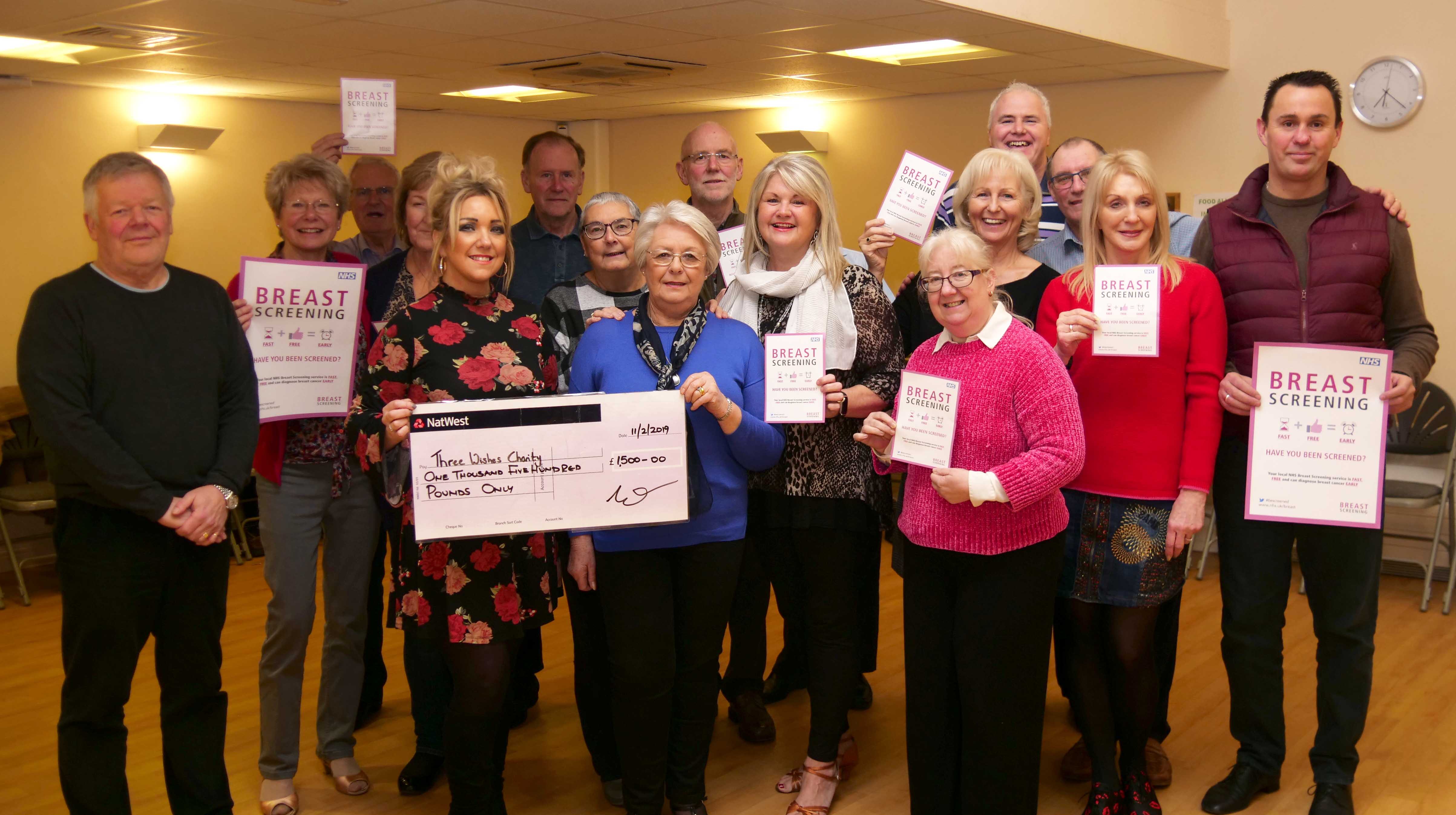 A dance group from Wigan has donated £1,500 to Wrightington, Wigan and Leigh NHS Foundation Trust’s Three Wishes Women’s Wish fund, after one of their own was diagnosed with breast cancer.

The Monday Night Dance Group who practice at The Grange Centre, Highfield Grange Avenue, Marus Bridge, gathered to present the cheque to Janet Ellison, Patient Navigator for WWL where Janet also told the story of Madge, one of the group’s members who inspired the fundraising.

Janet said: “One of the group had her last routine breast screening appointment when she was 68-years-old but was later invited back and she was found to have cancer.

“She is now undergoing treatment but the group decided that at their next weekend away they would raise money for our charity to show just how much she means to them.”

The money raised will now go towards sprucing up the breast screening areas at the Trust’s Thomas Linacre centre, and various screening vans across the area, with some new artwork.

Janet said: “We spoke to patients and asked them what they would like to see when they attend their breast screening appointments and it was decided that some new artwork would give the spaces a lift.”

Breast Screening is offered to all eligible women, registered with a GP, aged between 50 and 70. In some areas of Lancashire, three in ten women currently do not attend their breast screening appointments.

Janet added: “If breast cancer is diagnosed at the earliest stage of its development, it is estimated that, after five years, 99 out of 100 women diagnosed will still be alive, so to being screened regularly and detecting changes early is very important.

“Currently, 12,000 women die from breast cancer, in the UK every year and it remains the country’s most common cancer type.”

Chris Reeman from the group said: “There were quite a few tears when we told Madge that we had decided to donate the funds to the Three Wishes Women’s Wish fund.

“She was so overwhelmed; it’s just nice to be able to show how much she means to us all.” 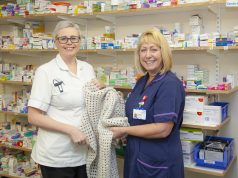