The challenges to improving transport in the UK’s city regions and the solutions needed to overcome them have been set out by the Urban Transport Group today.

It sets out the following solutions:

In order for these to happen, city regions must:

“As transport authorities we are already investing heavily in maintaining and improving urban transport. However, there is much more that needs to be done if transport is to contribute effectively to meeting the many challenges that city regions face, from the climate crisis to public health challenges associated with a lack of physical activity.

“The right policies can help overcome these challenges – such as encouraging more active travel to improve air quality and health outcomes, and boosting the bus to support a host of opportunities for their users, such as access to employment, education and leisure.

“What we need from Government is to create the conditions for these to happen by handing more power to the places which run their transport networks, and through a new funding deal that is adequate and appropriate for such networks to flourish.”

The report will be debated at the Urban Transport Group’s upcoming party conference fringe meetings. Speakers at the Conservative Party Conference meeting include Joanne Roney, Chief Executive for Manchester City Council and Polly Billington, Director at UK100, while the Labour Party Conference event includes the Shadow Transport Secretary Andy McDonald MP. An invitation only breakfast meeting is also being held at the Liberal Democrats party conference. 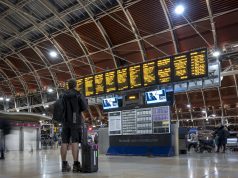 Train Companies must do more to keep passengers informed about timetables 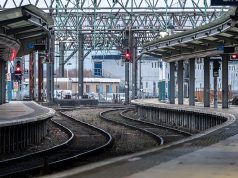