A new report from CQC analysing inspections of independent doctor services in England – a diverse sector that privately provides primary medical care, such as private GP services and specialist clinics – found safety was the biggest concern.

Across independent primary care services, there were concerns about the safety and efficacy of prescribing, and concerns were also raised around poor record keeping and clinicians not communicating their activity with the patient’s GP. Often this was linked to limited functionality and interconnectivity of IT systems.

Almost a quarter of slimming clinics (9 of 38 first inspection reports analysed) were not meeting the regulations for effective care, with some found to be treating people with medicines not recommended by the National Institute for Health and Care Excellence (NICE) or the Royal College of Physicians. Inspectors found examples of appetite suppressants being prescribed to patients with a BMI lower than that recommended, or to patients with high blood pressure.

Encouragingly, re-inspections of slimming clinics showed evidence of improvement over the course of the inspection programme, with evidence that providers had addressed concerns and applied learning both from inspections of their own services and those of other providers.

However, not all services improved sufficiently – on a second inspection, one slimming clinic was not able to demonstrate that it was keeping people safe – as a result, CQC took enforcement action to remove its registration to operate.

However, inspectors also identified good practice including one circumcision clinic that provided post-operative support 24 hours a day, as well as daily text alerts for following a procedure to give prompts and advice. Two other providers had produced guidance about circumcision, which other health institutions had adopted.

The wide-ranging report looks are the quality of care being provided by:

“In looking at this diverse group of services, we have found and highlighted some truly responsive care. We were also pleased to see that on re-inspection, providers showed improvement in a number of areas where we had found very real concerns such as safe prescribing.

“However, this was not always the case and too often we saw poor prescribing practice and providers with a limited awareness of their responsibilities – not just to their patients but to the wider healthcare system. I hope this report will help providers and others to identify what they need to do and where they might focus their efforts.

“Everyone providing these types of services has a legal responsibility to offer safe, high-quality care that not only meets the needs of the people using it, but also meets the legal requirements that exist to protect patients. Where this isn’t the case and we see risks to patient safety, we will not, and have not, hesitated to stop providers from operating.”

Independent services are inspected against the same criteria as all other healthcare providers but do not currently receive a rating. However, from 01 April 2019 CQC will start to introduce ratings for independent consulting doctors and clinics to align with our approach to regulating other services. This clear, at a glance indication of quality will empower people to make informed choices about their care in a sector where there is limited comparative information. 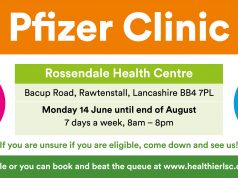