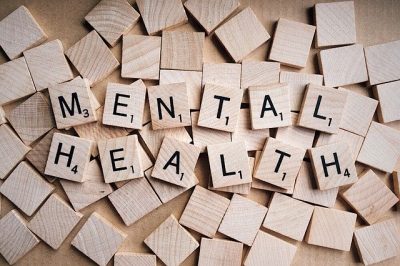 Some are traumatised from seeing patients die before their time

Health staff are suffering severe mental health problems such as panic attacks and having sleepless nights because of the pandemic, according to a survey published today (Thursday) by UNISON.

The findings reveal almost half (48%) of health employees​ including nurses, porters, paramedics, healthcare assistants and A&E staff across the UK have struggled to cope.

The report Worry in Mind is based on responses from more than 14,000 employees in hospitals, GP practices and other locations such as community clinics.

Some have experienced suicidal thoughts, suffered PTSD symptoms and panic attacks, felt helpless when supporting patients – or quit their jobs altogether. Others say their mental health has been affected by having to leave rented accommodation because landlords are worried about Covid, or fears they will infect their families, according to the findings.

The results show half (51%) have sought mental health support, with the majority of these turning to friends and family (77%), and colleagues (58%). A significant number have used wellbeing apps (27%) or professional counselling services (20%).

The findings raise serious concerns that health service employees are being pushed to the brink​, says UNISON. The union is calling on the government to extend its offer of free access to wellbeing apps for all health staff, a scheme set to expire at the end of March.

Fear of getting sick (60%) with Covid was the top reason given for a deterioration in their state of mind, followed by being unable to see friends and family (55%), and increased workload (49%).

Other factors that have contributed to the mental health of NHS health worsening include increased contact with very unwell patients (33%), financial worries (23%), difficulty taking annual leave (17%), issues with employers over sick pay (8%), and having to live away from home to protect their family (8%).

Typical comments from staff also related to the physical strain of wearing protective safety kit constantly such as thirst and tiredness, the burden of coping with deaths of patients, sleepless nights and fears over infecting loved ones.

Covid has also added to the workload with more than half (57%) of staff saying the amount they are having to do has risen during the pandemic.

More than a quarter (26%) also said the pandemic has placed them or their family in financial difficulties.

Being under economic strain negatively affected the mental health of more than four in five (81%) staff who responded to the question. Of these, more than half (52%) gave a range of reasons such as their partner being furloughed or childcare costs increasing. The rest blamed job loss in their household (28%), the fact they only received statutory sick pay (12%), reduced hours (12%), bereavement (9%), and redundancy (1%).

UNISON is calling on the government to expand the package of mental health support available for staff both now and long term. This includes extending free access to wellbeing apps at least until the end of this year, telephone counselling that’s available around the clock, fast-track specialist treatment for those in crisis, and a significant pay rise to boost morale.

Commenting on the findings, UNISON head of health Sara Gorton said: “The pressure on staff of keeping us safe during Covid has been relentless.

“Many are exhausted with no let-up in sight given the increase in hospital admissions and backlog of cancelled treatments. Others are traumatised from seeing patients die before their time – no one can comprehend the toll this has taken.

“Pay rates must rise soon or staff could leave. The government needs to step in to help the NHS hold on to people. That means supporting their mental health as well as their financial wellbeing.

“To help avoid an exodus, ministers should extend psychological support and guarantee a decent pay increase.”