County Councillor Julie Gibson, the Lancashire County Labour Group spokesperson on Economic Development has called on the Government to increase its support for self-employed people who may be affected by the Coronavirus. Measures outlined in last week’s budget to support small businesses included a 100% Business Rates Retail Discount for a year and an extra £2.2 Billion funding for small businesses who pay little or no Business Rates, but arrangements to support self employed people who become sick where very thin on the ground.

Cllr Gibson commented: “I welcome the fact that Statutory Sick Pay will now be paid from day one instead of day four. This will be a welcome move for many employees, although the current rate at which it is paid (£94.25 per week) will certainly have a knock on effect on incomes and households that are used to a regular wage.”

She continued: “But for self-employed people there is no provision for sick pay and the advice in last week’s budget was very thin on the ground. 4.8 million people are registered self employed in the UK (figs National Statistics office 2017) which is the equivalent of 15% of the UK work force. Most of them are not entitled to sick pay. The advice currently for self employed people is to make a claim for Universal Credit and we already know that the average claim and waiting time for this to be paid is approximately 5 weeks.

Cllr Gibson concluded: “There are many people who are freelancers, people who are part of the “gig” economy, people who work in the creative industries who are all worried about getting sick. We run the risk that many of them will be forced to carry on working just to make ends meet. The Government needs to recognise this and include self employed people in their plans for Statutory Sick Pay.”

Warning as criminals continue to target the elderly 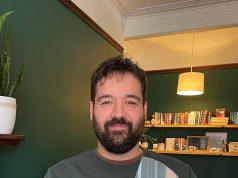