Skelmersdale West County Cllr, Julie Gibson, Lancashire County Labour Group Shadow Cabinet Member for Economic Regeneration, has reacted with concern that she and other residents have been “locked out” of commenting on a proposed planning application. Whitemoss Landfill have submitted a planning application to Lancashire County Council for retrospective planning permission to maintain 3 silos on their base in Skelmersdale.

Cllr Gibson said: “I logged on to the planning portal at LCC to submit my comments only for the connection to the server to present me with an error message. I have tried a number of times and still keep getting the same message. A number of residents have also contacted me to say they are experiencing the same issue.”

She continued: “I am concerned that we are being “locked out” from giving our views and have contacted LCC to ask why. This application is for retrospective planning permission, it is important that we show Whitemoss Landfill that they cannot construct buildings without the proper permission, and then think that applying for retrospective permission is an acceptable way to do business.”

Cllr Gibson continued: “I do not believe there has been adequate monitoring of Whitemoss Landfill site, due to Conservative cuts to staffing in the Development Control (planning), department at LCC. This has allowed Whitemoss to deviate from the agreed Development Consent Order which was put in place to monitor the site and future developments. However, as I and many others have not been able to access the planning portal I am concerned the objections will not be officially noted.”

She concluded: “I will continue to try to access the portal in order to give a fuller response and I would hope that these issues are addressed so that residents and local representatives can have their say.” 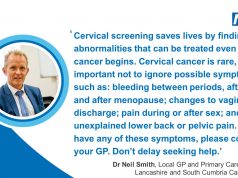 Cabinet agrees to invest in residential care for vulnerable children