Councillor Grunewald said: “We were deeply saddened to hear of the passing of Lord John Evans of Parkside. John had a long history of service to the people of the borough as an MP.

“In Parliament, he fought for local industries at a time when coal and glass employment was becoming at risk, and spoke passionately against geographical financial inequalities. Our thoughts go out to John’s family at this time.”

Lord Evans served as MP for 23 years, first for the old constituency of Newton from 1974-1983, then, when the constituency was abolished and St Helens North created, represented that ward from 1983-1997 before stepping down.

A former shipyard worker, trade unionist and member of councils in Hebburn and South Tyneside in the North East, his many years of devoted work for St Helens saw him named a Freeman of the Borough in 1997.

He had also served as a member of the European Parliament, from 1975 until 1978.

The Union Jack will fly at half-mast over St Helens Town Hall as a mark of respect. 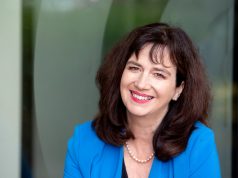