Young people today are spending 7 per cent less on non-housing items than they were back in 2001, according to the Resolution Foundation’s inaugural Intergenerational audit, published today (Thursday).

The audit, supported by the Nuffield Foundation, is a major examination of the big generational living standards issues facing Britain. From the labour market to the housing market, and from state support to private pension savings, the audit assesses whether the 20th century norm of each generation enjoying considerably higher living standards than their predecessors still holds true.

Pay growth returning, but crisis hangover remains. Younger millennials have experienced stronger pay growth than any other age group since 2016, with the pay of 18-29 year olds rising by 2.4 per cent. But the hangover of the crisis remains for older millennials. In their early 30s, the typical pay of someone born in 1981-85 was 3 per cent lower than someone born ten years earlier.

A long road to recovery on home ownership. Home ownership among young families has finally started to rise over the last two years, following a 66 per cent decline between 1989 and 2016. But as well as securing sustained increases in home ownership, other challenges have emerged – such as the 32 per cent increase since the mid-1990s in young people living in overcrowded accommodation.

A huge gender wealth gap for baby boomers. While men and women have similar amounts of individual net wealth until their 50s, a huge divide opens up after that, driven by historical gaps in private pension saving. The report finds that women in their late 60s have just over half the wealth of their male counterparts.

A £36bn demographic headwind for the next Chancellor. While the candidates to be the next Prime Minister are focused on promising tax cuts, the next Chancellor will in fact confront a major demographic headwind – driven in part by the coming retirement of Britain’s large baby boomer cohort – that will raise the cost of maintaining current levels of healthcare and welfare provision by £36bn a year by 2030.

The Foundation says that looking at living standards through a generational lens will help politicians and policy makers to see the big picture on how Britain is changing, and how to address the key challenges facing the country.

“From frustrations about buying a first home to fears about the cost of care, Britain faces many intergenerational challenges. The big living standards gains that each generation used to enjoy over their predecessors have stalled.

“But while Britain’s intergenerational challenges are big, they are not insurmountable. Welcome steps are already being made – from stronger pay growth for young millennials to the success of auto-enrolment into pension saving.

“By looking for solutions through a generational lens we can repair the social contract between generations, and help bring our country back together again.”

Mark Franks, Director of Welfare at the Nuffield Foundation, said:

“Without good evidence we cannot separate speculation from fact, let alone establish how policy should respond. The Intergenerational audit by the Resolution Foundation provides a valuable and timely perspective on how our economy and society are changing, both between and within generations.

“This work aligns strongly with the Nuffield Foundation’s wider interests. We actively encourage high quality and innovative research proposals which respond to emerging issues and trends in society.” 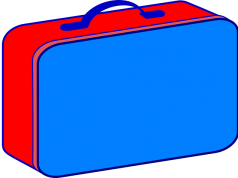