UK consumer confidence fell by three percentage points in the third quarter of 2018, down to -7% after the previous quarter’s record level of confidence, according to the latest Deloitte Consumer Tracker.

The quarterly survey of 3,105 UK consumers, which took place between 21 and 29 September, recorded its first fall in consumer confidence since Q2 2017. Following a year of consistent growth, culminating in a record level of UK consumer confidence in Q2 2018 (-4%), consumer optimism has now fallen back to where it was a year ago.

While all six measures of confidence fell compared to the previous quarter, the drop in overall confidence was principally driven by consumers feeling less optimistic about levels of disposable income and personal debt. This could be in reaction to increasing inflation and the interest rates rise that occurred during the period.

Consumers are significantly less confident about their level of household disposable income, falling by eight percentage points compared to Q2, the sharpest quarterly fall since the Tracker began in 2011. During the same time, confidence in levels of debt declined by five percentage points, its biggest quarterly drop since Q2 2012.

Ian Stewart, chief economist at Deloitte, commented: “The reality of higher inflation and August’s interest rate rise has dented optimism about spending power. Meanwhile uncertainty and the manner in which the UK exits the EU in less than six months’ time is creating an additional headwind for consumers.

“The softening in consumer confidence has occurred against a backdrop of firmer UK activity and further falls in unemployment. That such consumer-friendly conditions have failed to boost confidence testifies to the headwinds from inflation, interest rate rises and Brexit.”

Spending falls back after spring of festivities
The Consumer Tracker for Q3 2018 also found that UK consumers are spending less as a result of being more cautious about their personal finances. Pressures on disposable income and debt have led to spending in both essential and discretionary categories in Q3 2018 falling by two percentage points compared to the previous quarter. At a year-on-year level, discretionary spending fell slightly, by one percentage point, while essentials spending remained flat.

Ben Perkins, head of consumer research, commented: “There is a ‘morning-after-the-night-before’ feel to the findings of this quarter’s Consumer Tracker.

“After a spring of festivities that included a royal wedding, World Cup-fever and scorching sunshine, consumer spending in the third quarter has had a bit of a reality-check.

“Despite the quarterly fall in spending for both essentials and discretionary items, spending has remained broadly flat year-on-year. As we enter the busy shopping period, consumer-facing businesses should feel confident that customers will delve into their pockets in the final three months of 2018.” 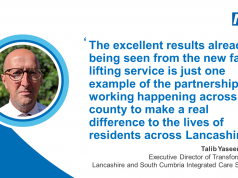 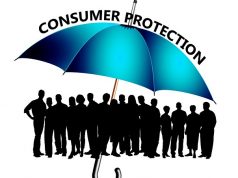