A 12-week consultation into proposed changes to fire cover across the St Helens district launched on August 3.

Merseyside Fire and Rescue Authority (MFRA) is proposing to close Eccleston and St Helens fire stations and build a new community fire station on Canal Street, St Helens. The alternative to the merger of the stations is the outright closure of Eccleston fire station.

Both proposals include the re-designation of one of the two existing wholetime fire appliances as “wholetime retained” (with a 30-minute recall).

Public meetings will be held on:

A consultation document with information on the proposals can be found at www.merseyfire.gov.uk/aspx/pages/opsResponse/pdf/St_Helens_Consultation_Document.pdf and an online questionnaire can be found at: www.surveymonkey.com/s/sthelensmerger . Focus group meetings, a stakeholders’ meeting and a joint forum are also being arranged as part of the 12-week consultation, which runs until October 25.

Chief Fire Officer Dan Stephens said: “Over the last four years, MFRA has had to make savings of £20 million as a result of Government spending cuts and now the Authority is required to make a further £6.3 million savings in 2015/16. It is also clear the Authority will face significant further financial challenges over the course of this Parliament.

“The proposals are intended to minimise the impact of the ongoing cuts to the Authority budget and maintain as fast a response as possible to all parts of St Helens district.

“The consultation includes a document on www.merseyfire.gov.uk, as well as the document being distributed in the areas affected by the proposals, outlining why changes need to be made and details on the impact on fire cover across the St Helens district. The consultation will also involve public meetings at locations near Parr, St Helens town centre and Eccleston, a stakeholders’ meeting in St Helens, three focus groups and a joint forum.

“I urge people who may be affected by the proposals and who live and work in the St Helens district, to read the consultation document, fill in the consultation questionnaire and attend the public meetings.”

This is significantly quicker than the MFRA 10-minute response standard and the maintain mean average response time of 7 minutes 24 seconds which is only for dwelling fires and does not include traffic collisions.

If St Helens and Eccleston fire stations closed and a new fire station was built on Canal Street then the predicted mean average run time to life risk incidents on the St Helens station area would be 5 minutes 26 seconds. The predicted mean average run time to incidents in the Eccleston station area from Canal Street would be 4 minutes 47 seconds, 1 minute 57 seconds quicker than it would be with the alternative outright closure of Eccleston fire station.

The forecast cost of a new station is £4.8 million. Merseyside Fire and Rescue Authority has been successful in securing some grant from the Government to contribute towards its programme of station mergers. In addition the sale of the old fire station sites would contribute towards the cost of the new station. The remaining balance would be met from reserves already ring-fenced for the merger process. As a result, the Authority would be able to avoid borrowing to build the proposed station.

Over the last 10 years, incidents across Merseyside have been reduced by 55%.

While the number of fatalities from fires caused by accident in homes across the St Helens district in that decade is relatively low (8), the level of risk is still high as the worst potential outcome from a fire or Road Traffic Collision (RTC) is a death. 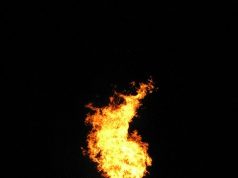