Cllr Lizzi Colllinge (Lab, Morecambe and Lunesdale), said: “Three minutes is too short to develop an argument, and insisting on a 15 people for and 15 people against creates a false balance. What if there aren’t naturally 15 people against or for a proposal? The committee would get the wrong picture.”

Cllr Holgate (Lab, Chorley Central) said, in his extensive experience of the committee, “there is very little prospect of elected members seeing paper contributions by members of the public, the best way was through direct public access. This is a clear attempt to cover up for the fracking industry.”

Kevin Ellard (Lab, Preston East) said “The proposals had not even been considered by the Development Control Committee itself.” He proposed an amendment that: No decision be taken at this meeting with the proposals going to the Development Control Committee for comment then to be returned to Full Council in May. But this idea was ruled out by cabinet member Cllr Green (Cons), and the Conservatives voted for the proposals, to gag the public was passed.

Cllr John Fillis, Labour Deputy Group Leader, said: “What is this ruling group running scared of? There is nothing wrong with scrutiny, and public engagement in local decisions is a good thing. This decision limits democracy- and these Tories have form for it. It is a further blatant attempt by this Conservative administration to quash public debate of their decisions. The decisions this Council makes will be worse for it.” 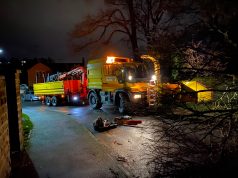