Communities Secretary Rt Hon Robert Jenrick MP today (15 September 2019) confirmed £100,000 funding to stem the spread of antisemitic material online, as he underlined this government’s absolute commitment to tackling hatred in all its forms.

The additional funding will support the Antisemitism Policy Trust’s ongoing work to tackle the spread of racist tropes online and challenge harmful narratives about Jewish people. This forms part of the government’s wider agenda to tackle all forms of religiously and racially motivated hatred.

The organisation will use the funding to develop short, educative videos to counter, debunk, and undermine the proliferation of hateful antisemitic material online.

“Antisemitism has absolutely no place in our society and I am committed to tackling it at its root.

“Online hatred can be a pernicious force that not only causes immediate harm to its victims but can embolden its perpetrators.

“By funding innovative programmes that educate future generations and stem the spread of harmful ideologies we will stamp out this scourge, wherever it appears.”

In a speech at a Board of Deputies of British Jews event, Mr Jenrick is also due to commit to writing to all councils and universities this week demanding that they adopt the International Holocaust Remembrance Alliance (IHRA) definition as a matter of urgency.

“There is no place in our society for hatred or any form of harassment and it is frankly appalling that the battle against antisemitism still exists.

“Universities should recognise the internationally renowned IHRA working definition of antisemitism accepted by the government.

“I have already written to all vice chancellors earlier this year urging them to do so, but in recent weeks there have been alarming incidents demonstrating the need for further action and for universities to protect the welfare and act seriously on the concerns of Jewish students.

“Universities must not risk damaging their reputation by not acting swiftly to root out antisemitism when it reveals itself.”

Antisemitism in the UK continues to be a cause for concern. The most recent national hate crime statistics published by the Home Office last October showed that Jewish people were the most likely group to experience religiously motivated hate crime.

This government remains committed to protecting faith communities and the freedom to worship.

During the latest Spending Round, the Chancellor doubled the funding for the Places of Worship Fund to £3.2 million, and we continue to fund education courses to tackle the scourge of racism at its root. 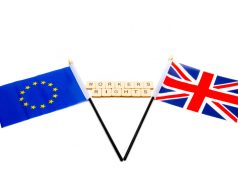 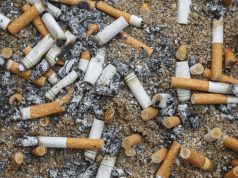 Investigation into government funding to charities during the COVID-19 pandemic