The European Commission has adopted today a legal act to create a simpler, more modern and integrated EU customs system to support cross-border trade and provide for more EU-wide cooperation in customs matters. It builds on the Union Customs Code adopted in 2013, which sets out detailed rules for twenty-first century customs processes.

Customs services play a central role in policing the EU’s external borders and in facilitating trade. The customs union is the operational arm of much of the EU’s commercial policy measures. In addition, a growing range of government agencies call on customs to enforce their policies at the border.EU customs handle 16% of world trade, or over two billion tonnes of goods a year with a value of EUR 3,400 billion.

Pierre Moscovici, EU Commissioner for Economic and Financial Affairs, Taxation and Customs, said: “A modern and cost-effective customs system facilitates international trade and is conducive to growth. It also plays a vital role in defending the safety and security of European citizens and in protecting Member States’ interests.”

The Commission has been working for several years on a major overhaul of customs rules in the EU. The basic regulations were changed in 2013. Detailed acts must subsequently be adopted so that the new rules can be applied as of 1 May 2016.

Today’s decision takes the form of a delegated act. This kind of legal act, introduced by the Treaty of Lisbon in 2010, gives the Commission power to adopt the technical, non-essential elements of an existing legislation, in this case of the Union Customs Code.

The act adopted today covers a wide area of customs activity, including:

The delegated act will now be considered by the European Parliament and the Council. In accordance with Article 290 TFEU, both can raise their objections within two months. This period of scrutiny can be extended by a further two months. 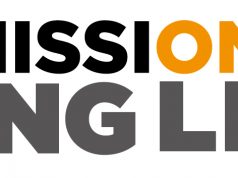