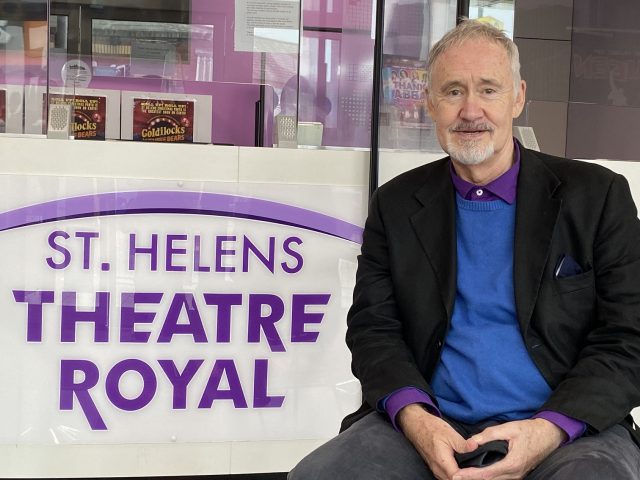 All Above Board is penned by the actor

Actor Nigel Planer, fondly known for his portrayal of Neil in classic 1980s sitcom The Young Ones, brings his brand new play to St Helens Theatre Royal next week.

All Above Board sees an unlikely bunch of modern-day do-gooders try to make the world a better place – but they lose the plot, their morals, and even their clothes in all the best traditions of classic British farce.

This new farce has been written by Nigel Planer, comedy legend of screen and stage, who has won a legion of comedy fans for his timeless catalogue of work which also includes Blackadder, The Comic Strip Presents, and Death In Paradise.

All Above Board comes to St Helens Theatre Royal for one night only on Tuesday 14 September, the show starts at 7.30pm.

The comedy is one of the first productions welcoming audiences now the popular theatre has now reopened its doors since all Covid-19 restrictions were lifted, and the team has been working hard to ensure audiences feel comfortable to return.

St Helens Theatre Royal has been granted the use of the Society Of London Theatre & UK Theatre’s ‘See It Safely’ mark. This certifies that the venue is complying with Government and industry Covid-19 guidelines to ensure the safety of staff, performers, and audiences.

All Above Board is brought to the stage by Northern Comedy Theatre, who have been working with Nigel Planer on his new play. The actor has also starred in many West End musicals including the original casts of Evita, Chicago, We Will Rock You, Wicked, Hairspray, and Charlie And The Chocolate Factory. He is a BRIT award winner, as well as being nominated for Olivier and BAFTA awards.

Timothy Upton-Fell has quit the world of banking and now, for all the wrong reasons, wants to give something back and help those less fortunate. Along with his brazen and shameless PR agent Florence, he plans a charity auction to raise money for good causes. He misguidedly enlists the help of narcissist TV personality Matthew Board, a man clearly on the edge in more ways than one.

Matters are made worse by Sir Ommany John, a geriatric world-famous artist who still has an eye for the ladies; Katia, a confused Finnish exchange student; and not to mention Timothy’s crazed ex-wife Cressida, who is out for revenge. And will Walji the plasterer ever turn up? Audiences can expect a riot of mistaken identities and disastrous decisions.

Nigel has already written five stage plays, and his sixth will be premiered by the award-winning Northern Comedy Theatre. They have won a series of awards in the last year including six OnComms, a special OneOff award from OffWestEnd, and The Scenesaver Award for Best Ensemble.

Theatre Manager Chantelle Nolan commented: “We’re thrilled to welcome All Above Board to St Helens Theatre Royal, a new farce from British comedy legend Nigel Planer. Throughout his career Nigel has played such a vital role in bringing smiles to the stage and screen – so we cannot wait to see his new work brought to life on our stage during our exciting Autumn season. The theatre is a Covid-secure space, so join us for an evening of fun and laughter from the pen of a real comedy genius.”

St Helens Theatre Royal has a range of Covid-secure measures in place. They include increased cleaning, hand sanitiser stations at points throughout the building, and a QR code phone app for audiences to order food and beverages to be delivered to them at their seats.

Customers are asked to continue to wear face coverings (unless exempt) as a courtesy to others, and are being encouraged to take a lateral flow test up to 48 hours before attending a show. People are asked not to visit the theatre if they have Covid symptoms. Meanwhile theatre staff are taking daily Covid tests.