The CMA has today announced a package of reforms to tackle the substantial loyalty penalty impacting millions of people.

The Competition and Markets Authority (CMA) has investigated concerns raised by Citizens Advice in a ‘super-complaint’, that companies penalise existing customers by charging them higher prices than new customers.

The CMA has looked at the 5 markets highlighted by the super-complaint – cash savings, mortgages, household insurance, mobile phone contracts and broadband – and found that there is a total loyalty penalty of around £4 billion a year in these markets. It also found that vulnerable people, including the elderly and those on a low income, may be more at risk of paying the loyalty penalty.

The investigation has uncovered damaging practices by firms, which exploit unsuspecting customers. These include continual year on year stealth price rises; costly exit fees; time-consuming and difficult processes to cancel contracts or switch to new providers; and requiring customers to auto-renew or not giving sufficient warning their contract will be rolled over.

Millions of people are affected – from around 1 million in the mortgage market to nearly 12 million in the insurance market. The loyalty penalty is also likely to arise in many other markets, where people’s contracts are rolled over to a higher price.

A number of recommendations are being made to regulators and government to help stop loyal consumers being ripped off. These include:

The CMA has also made recommendations to the FCA and Ofcom in each of the 5 markets, where work is currently underway. These include:

Other recommendations have also been made in the mortgages, cash savings and broadband markets on ways that regulators can tackle the loyalty penalty and protect those being hit the hardest.

The CMA considers urgent action is required. It will be taking forward these recommendations, along with government and regulators. If sufficient progress isn’t made, it may take further action.

“Our work has uncovered a range of problems which leave people feeling ripped off, let down and frustrated. They shouldn’t have to be constantly ‘on guard’, spending hours searching for or negotiating a good deal, to avoid being trapped into bad value contracts or falling victim to stealth price rises.

“Millions of loyal or vulnerable customers are being taken advantage of each year by firms – and end up paying much more than they should do. This must come to an end.

“That’s why we have today recommended a robust package of reforms. There must be a step change to protect the people being hardest hit, including targeted price caps where necessary.

“Together the CMA, regulators and government must act more promptly and powerfully to hold firms to account, stop them exploiting their customers and restore people’s trust in markets.”

Which? urges clarity on financial help for bank customers during coronavirus crisis

Coronavirus: eBay and Amazon failing to prevent sellers profiteering on essentials during crisis 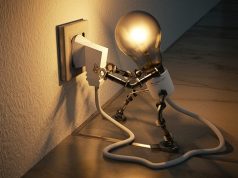