Global alliance, launched by UK and Canada, to lead the rest of the world in committing to an end to the use of unabated coal power.

An alliance of nations and states committed to moving the world from burning coal to cleaner power sources was launched today (16 November 2017) by more than 20 partners at COP23, the United Nations climate change talks.

The UK was one of the first countries to commit to ending unabated coal power generation by 2025. In July 2012, our generation profile still included 40% coal. In July this year, this fell to 2% and in April, the UK had its first full day when no coal was used for 135 years.

The Powering Past Coal Alliance plans to grow to 50 or more members by this time next year. Its ambition is to lead the rest of the world in committing to an end to unabated coal power. The members of the alliance commit to taking action such as setting coal phase out targets, committing to no further investments in coal-fired electricity in their jurisdictions or abroad.

Unabated coal is the generation of electricity from a coal plant without any treatment to reduce substantially the emissions of carbon dioxide. It emits twice as much CO2 as gas per unit of electricity.

The announcement comes as the UK government prepares to launch its flagship Industrial Strategy to get the economy firing while building on its strengths like clean growth and embracing the opportunities of technological change.

“Reducing global coal consumption should be a vital and urgent priority for all countries and states. Unabated coal is the dirtiest, most polluting way of generating electricity.

“The Powering Past Coal Alliance will signal to the world that the time of coal has passed. The UK is committed to completely phasing out unabated coal-fire power generation no later than 2025 and we hope to inspire others to follow suit.”

“Phasing out coal power is good news for the climate, for our health, and for our kids. Coal is literally choking our cities, with close to a million people dying every year from coal pollution. I’m thrilled to see so much global momentum for the transition to clean energy – and this is only the beginning.”

The new coalition will work with businesses, civil society and governments to offer technical and practical help to accelerate the transition away from coal. However, it recognises that not all countries can completely phase out the use of unabated coal at the same rate.

To stay below the 2C target agreed as part of the Paris accord 2 years ago, OECD countries across the world need to phase out coal by 2030 and global use will need to reduce by two-thirds by 2040.

Today’s launch of the alliance comes after British Prime Minister Theresa May reiterated the UK’s commitment to phase out unabated coal by 2025 in a joint press conference with Canadian Prime Minister Justin Trudeau in September.

In its first meeting, the alliance agreed that transitioning away from coal-fired electricity is one of the most important steps the international community can take to meet the aims of the historic Paris agreement – at which the UK played a leading role 2 years ago.

The UK has already begun its transition away from coal, in part as a result of renewable energy sources becoming cost effective. Offshore wind, for example, is now half the cost it was 2 years ago. Since 1990, the UK has reduced its emissions by 42%, while growing our economy by 67%. This is in no small part due to the 85% reduction in coal use we’ve seen in that time.

However, domestic action alone is not enough. It is important that we restrict financing for coal projects abroad. The UK government announced in 2014 that it would end support for public financing of new coal-fired power plants overseas, except in rare circumstances. UK Export Finance has not supported a coal project since 2002. 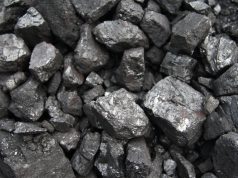 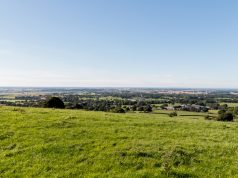 Ambitious proposals to create and improve protected landscapes across England 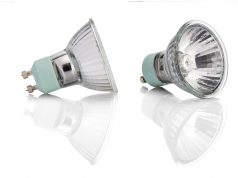