Space scientists at the Defence Science and Technology Laboratory (Dstl) are engaging with amateur astronomers to help them observe the night sky.

Known as Project Argus, enthusiastic members from the Basingstoke Astronomical Society will look for and catalogue satellites and other objects orbiting the Earth. They will be paying particular attention to a new device being deployed from the International Space Station which will send out a ‘net’ to catch old or unused satellites. The increasing problem of space junk means scientists across the world are looking for new solutions to bring down, or de-orbit, used satellites.

The project will gather a range of data which will be used to advise the Ministry of Defence on what equipment capabilities they need to effectively monitor the population of satellites and junk in the earth’s orbit.

Andrew Ash, from the space team at Dstl, said:

“Previously, we have used information shared by our US colleagues. Space is so crowded now, with more universities and other non-traditional partners launching satellites, that we may well need our own capability.”

“If we can harness information which some very good amateur astronomers are collecting, we can assess whether we can use an off-the-shelf solution. This has the potential to save a huge amount of money for the MOD. We’re hoping that the astronomers will all be contributing to some valuable work and a research paper at the end of the trial.” 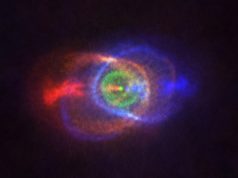 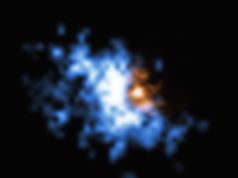 A weakened Black Hole allows its Galaxy to awaken