Christmas shoppers are being warned to avoid buying fake and potentially dangerous toys – including counterfeit versions of this year’s “must-have” toy which can damage children’s reproductive systems.

The Local Government Association, which represents 370 councils in England and Wales, is urging people to look out for tell-tale signs of fake and potentially dangerous products as criminals exploit a surge in demand for sold-out items.

Popular toys found out of stock at many outlets include L.O.L Surprise! Dolls – described as the “must-have” Christmas toy for 2018. Fake versions of these dolls – which have already been seized by one council – have been found to contain a chemical which can damage the liver, kidneys, lungs and reproductive system.

Councils are also urging people to be wary of turning to suspect online sellers offering next-day delivery to get hold of in-demand toys that are out of stock elsewhere, as they may not actually exist, leaving them out of pocket.

In the run-up to the festive period, councils have seized thousands of counterfeit and dangerous toys and prosecuted rogue sellers.

The LGA is urging shoppers to look for the authentic CE mark on toys or their packaging which confirms they meet consumer safety standards. With people increasingly buying presents online, the LGA is also calling for the CE mark to be clearly included in the information on websites offering toys for sale.

“Bargain hunters need to be aware that Christmas is often the most timely opportunity for rogue traders and criminals to cash in by selling dangerous toys to unsuspecting shoppers.

“Fake, substandard toys can break and cause injuries or pose choking hazards, toxic materials can cause burns and serious harm, while illegal electrical toys can lead to fires or electrocution.

“If certain toys are sold out in well-known retailers, rogue sellers may either sell fake versions of them to tempt desperate shoppers, or claim to have them in stock on their website when the truth is they don’t exist.

“To help avoid buying fake and dangerous toys, shoppers should check toys have an authentic CE mark which show they comply with safety regulations, look out for grammar and spelling errors on packaging, buy from well-known and reputable outlets, and resist cheap offers that look too good to be true.

“Not only is selling fake toys a crime, it harms and ruins the reputation of genuine traders, costs the economy millions in lost tax revenue and often funds organised crime.”

Anyone with information about suspected fake goods can report it to their local council via the Citizens Advice consumer helpline on 03454 04 05 06. 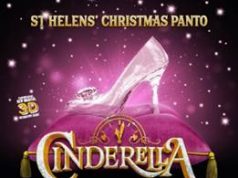 Serious violent and sexual offenders to spend longer in prison