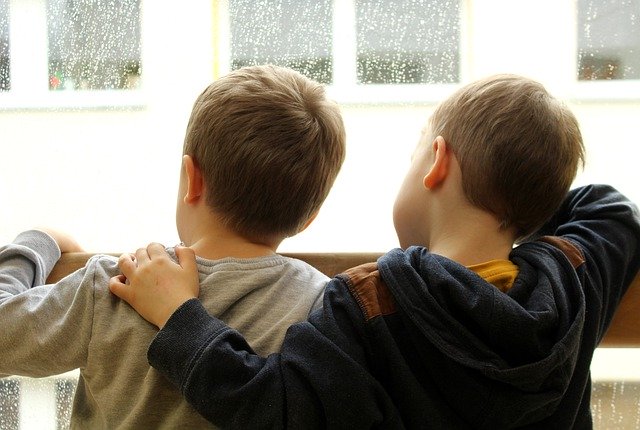 Anne Longfield, Children’s Commissioner for England, will today (Tuesday) deliver a speech, “A better care system”, setting out her vision for the future of children’s social care. The speech looks ahead to the independent review of children’s social care which is expected to be announced shortly by the Government. The Children’s Commissioner lobbied the main political parties to include a commitment to a review in their 2019 election manifestos.

Today’s speech will make the argument that while the current system does protect and provide stability to many of the children who enter it, it is also failing thousands of children. The Children’s Commissioner will warn that without significant reform and investment more and more children will fall through the gaps in the system, putting them at risk of exploitation and disadvantage. The speech will make a number of proposals for ensuring the care review delivers lasting change for children in care.

In her speech, Anne Longfield will say:

“The truth is while the state can be a great parent – it can also be a really bad one. In fact, sometimes so negligent that it would risk having its children taken into care if it was an actual parent.

“Many of the reports I have published over the last five years have shown how thousands of children in care are falling through gaps in the system. Children who fall into the clutches of criminals who want to exploit them. Children who leave school without qualifications and with limited opportunities. Children who end up with the same generational problems their parents and grandparents faced.

“It is a system that has not kept up with the changing cohort of children entering it, and which is rapidly running out of money. And without urgent reform, and better funding, it will fail more children.”

The Children’s Commissioner will continue:

“I want us to be ambitious for all children in care. When the state steps in, it needs to help set up children for life, not increase their chances of ending up on the streets or in prison.”

“There are also those children that the system really struggles to accommodate – it treats them as a risk to be managed, not a life to be lived. Despite the best efforts of some staff, these children can experience a system devoid of empathy, compassion and love.”

She will point out that that the state is providing this help in an inconsistent way, and that children are not achieving receiving the outcomes they should. For example, we know that 1.6m children have reached the threshold for statutory intervention in the past six years, yet just 17% of these children go on to pass English and Maths GCSEs.

“Next year is a real crunch point, with council revenues hit by Covid-19, just as families are facing the biggest economic shock in a generation. Unless emergency funding is granted in this one-year spending review, family services will be in deep trouble.

“A joined-up care system that worked would not be constantly having to divert money way from prevention and family support programmes and into these high-cost interventions. So, we have services which are both unsustainable and insufficient. Despite soaring costs over the past two decades, the story of the care system is still: not enough help, early enough, which is leaving children and families to tip into crisis. And things are now on a precipice with council revenues hit by Covid. Next year is a real crunch point, with council revenues hit by Covid-19, just as families are facing the biggest economic shock in a generation. Unless emergency funding is granted in this one year spending review, family services will be in deep trouble.”

The Children’s Commissioner will argue that Covid has shone a light on the needs of vulnerable children and forced some to confront what happens when you strip away basic support such as health visitors and social work visits. She will say now is golden opportunity for the Government to improve the experiences and outcomes of vulnerable children in the care system, through the care review.

She will say the review should look at what works well, when done properly – like consistent work with families by keyworkers, loving foster care, high quality children’s homes, parenting support, family therapy and speech and language therapy. She will also call for the review to change the system so that children are more closely involved in decisions made about their care.

The speech will also ask how a care system can work alongside families in more collaborative ways, with the Commissioner revealing that over half of children who enter the care system will return to their families within a year. It will also call for greater stability and permanency and stability to be ‘hardwired’ into the system.

Anne Longfield will also call for a national care system. She will say:

“I want decisions to be taken locally, involving families. But some issues need to be tackled nationally, and all children should be entitled to the same standard of care. Children’s social care has not had the same national leadership as the NHS. Are we really happy with 152 different social care systems?”

She will argue that the review should look at how to empower children in the care system, giving children a say, but also making them feel confident that their say really counts.

“When we asked children what they would like to see in the care review, they told us about their frustration at decisions made about them which made no sense, with nobody who could convincingly explain why that had to happen. We have to start listening to them and I want the care review to recommend how we can move from legislative principle to everyday practice, so that children’s rights are embedded in all aspects of decision making.”

The Commissioner will also say the review needs to embed the importance of linking data to monitor needs and outcomes, both inside and outside the care system:

“There is no objective way of demonstrating either value for money or quality of results. Too often this ends up with a system making last minute crisis calls at huge financial cost and no evidencing of how improvements could be made.”

“No child should ever been seen as too complicated to help, or someone that nobody knows what to do with. People in the system have said this to me and I’m not prepared to accept it.

“So let’s build a system where those experiences are standard. A system which recognises each families’ unique situation and responds to the need of every child, wherever they are in the country, with the same standards of protection and support.

“A system that pays more attention to the everyday experiences of children in care, that can increase capacity to support the most vulnerable children, that improves the life-prospects of children, and that helps those children currently ignored altogether.”

Anne Longfield will conclude the speech with a call on politician to act:

“I often talk about the choices facing politicians – and this is one of them. You know the system is failing thousands of children, you know it needs urgent reform and you know it can’t survive for much longer without serious investment. Will you apply a sticking plaster? Or will you stand up for the thousands of children who are in your care and do what needs to be done, so that every child is not just protected, but also given the support the need to live their best life?

“The decision you make will shape the lives of hundreds of thousands of children for decades to come.” 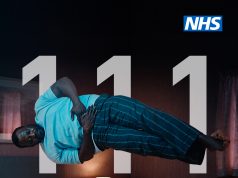 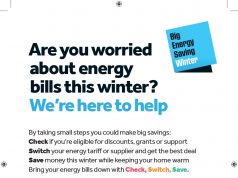