The number of children growing up in poverty in working households has risen by 800,000 since 2010, according to new TUC analysis.

The number of children growing up in poverty in working households has risen by 800,000 since 2010, according to new TUC analysis published today (Monday).

The analysis reveals that child poverty in working families rose to 2.9 million in 2018 – an increase of 38% since the start of the decade.

Government policies account for majority of rise in child poverty

The analysis shows that government policies account for the majority of the increase in-work poverty.

More than 485,000 children (in working households) have been pushed below the breadline as a direct result of the government’s in-work benefit cuts.

The TUC says that other key factors behind the rise in child poverty are:

London has been the worst hit region

London has suffered the biggest increase in child poverty (+68%) among working families followed by the West Midlands (+56%) and East England (+56%).

In 2016 the Conservatives abolished the Child Poverty Act and scrapped targets to reduce poverty.

“No child in Britain should be growing up in poverty.

“But millions of parents are struggling to feed and clothe their kids. That is not right.

“The Conservatives’ cuts to in-work benefits have come at a terrible human cost. As too has their failure to tackle insecure work and get wages rising across the economy.

“We need a government that puts working families first, not wealthy donors and hedge funds.” 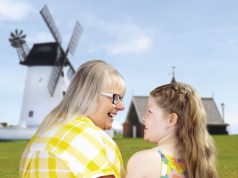 Applicants to nursing courses in England up 16% as NHS employs...

Reskilling Britain’s workforce for the economy of the future has become...