Research shows that less than half of small charity annual reports and accounts come up to standard.

The Charity Commission, the independent regulator of charities in England and Wales today published 3 reports looking at the quality of charity annual reports and accounts in both the up to £25,000 (smaller) and over £25,000 (larger) income brackets; and at how well charities are meeting their public benefit reporting requirements.

Small charities not up to scratch

However those charities that use both the commission’s annual report and accounts templates showed a significant improvement on the others, with 71% producing reports and accounts of acceptable quality.

The larger charities report shows their accounts are improving. It tells a more positive story, with over three quarters of charities producing sets of accounts that met a minimum basic standard in 2013-14, up from just over half in 2011-12. Looking at the 3 documents that make up a set of accounts:

But some larger charities continue to produce accounts with major flaws

Charities continue to file sets of accounts with the commission with major flaws, such as a chairperson’s statement instead of an annual report, an accountant’s report instead of an independent examiner’s report, or accounts that don’t balance. They also file annual reports that look well-presented but are not transparent about what the charity does, or about how the trustees are dealing with financial risks shown in the accounts.

The public benefit report showed that whilst the number of charities meeting the public benefit requirement has improved, just over 40% of charities in their 2013/14 annual reports compared to just over a quarter in 2011/12, the numbers still need to improve significantly. Meeting this requirement is more than just discussing a charity’s activities. It also requires an assessment of how a charity’s activities have led to benefit for its beneficiaries and a statement that the trustees have had regard to our guidance on public benefit.

Nigel Davies, Head of Accountancy Services at the commission, said:

“All charities must by law prepare an annual report and accounts and make them publicly available. If their income is over £25,000 they must arrange for an independent scrutiny and submit the report and accounts to the commission. Producing accurate, good quality accounts is the minimum that we expect.

“The annual report and accounts is an opportunity for the trustees to demonstrate to the charity’s supporters, potential funders and the public that they have managed its resources effectively and are meeting its objectives. Trustees need to tell their charity’s story well to maintain donor and public confidence.

“Our reports paint a picture that shows that the quality is not always as it should be and we will be working with the sector to raise awareness over the coming year.” 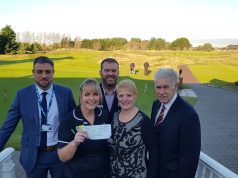 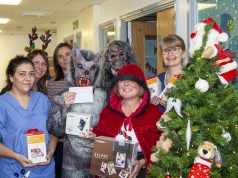 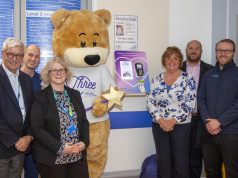