New analysis from Which? has identified 259 communities across the UK that have poor cashpoint provision or no cashpoints at all, raising fears that countless people are struggling to access cash.

The consumer champion analysed data from Link and was alarmed to discover that 130 postcode districts with a combined population of 115,741 do not have a single cashpoint. Of these, 36 areas do not have a Post Office, leaving residents in ‘cash deserts.’

A further 129 communities have just one ATM – 65 per cent (84) of which charge a fee for withdrawals, suggesting an increasing number of people are being forced to pay just to access their cash, with poorer people often hardest hit. Which? recently found that the most deprived areas are seeing the biggest spike in fee-charging machines.

The analysis comes as Which? launches its ’consumer agenda for government’, calling on all political parties to set out a pro-consumer agenda with commitments that deliver positive, tangible improvements for individuals across the UK. This includes calls for the next government to guarantee access to cash for as long as it is needed through legislation.

Which?’s investigation also highlights the worst hit areas in the country for ATM provision – the areas with the highest populations that don’t have a single cash machine.

Additionally, Which? has identified the areas with the highest populations without a cashpoint or Post Office – meaning residents in these locations could be at risk of being cut off from cash infrastructure entirely. These are: AB13 in Aberdeen (2,725), EH18 in Edinburgh (2,233), TN7 in Tunbridge Wells (2,151) – and SN26 in Swindon, with a population of 1,827.

Which? first raised the alarm about the risk of a wave of cashpoint closures in December 2017 after Link announced changes to the way its network was funded. Almost two years later Which? found that cashpoints closed at a rate of 578 machines a month in the first half of 2019.

Which? is concerned that the 259 areas it identified as having particularly poor cashpoint provision are also especially vulnerable to the rapid rate of cashpoint closures in neighbouring areas meaning these communities could be left further isolated.

To stop cash machines closing in the short-term, or converting to fee-charging in areas where they are most needed, Which? is calling on the Payment Systems Regulator to take control of cashpoint interchange fees, changes to which were a catalyst for the widespread closures seen in recent months.

Ultimately, Which? believes the next government must intervene to introduce legislation that guarantees consumers can continue to access and pay with cash for as long as it is needed.

“The countless communities across the UK with shockingly low cash machine provision show that measures intended to guarantee access to cash simply don’t work – and point to mismanagement of the broken cash landscape that is leaving many people struggling.

“These communities have found themselves presented with a confusing array of schemes from regulators and the industry claiming to fix the problem. Only intervention from the next government to properly protect cash for as long as it is needed can help the many people struggling for vital cash access.” 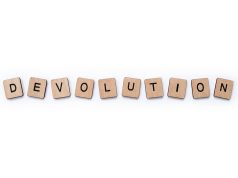 All change? Cash refusal threatens people’s ability to pay for food and medicine