New scheme will mean early career maths and physics teachers in the North East, Yorkshire & the Humber and all Opportunity Areas can get an additional £2,000.

Thousands of teachers across the country are to receive extra money to encourage and support them during the early years of their classroom careers.

Early career maths and physics teachers in the North East, Yorkshire & the Humber and Opportunity Areas will receive a £2,000 Government incentive as part of a drive to increase rates of retention among teachers of these subjects.

The initiative announced today (Thursday 23 May) will further support teachers in the areas benefitting from the Government’s £72 million Opportunity Area programme.

Backed by £10 million investment set aside from last year’s Budget, the pilot will test a new way of incentivising maths and physics teachers to remain in the profession during the first five years of their career.

The scheme is based on evidence from the Gatsby Foundation and Education Policy Institute, which highlighted the potentially significant impact of such retention payments.

“Teaching remains a popular career, but we want to make sure that we can continue to attract and keep the brightest and best graduates, particularly in subjects where specialist knowledge and expertise are vital to the future success of the economy.

“The number of young people studying science and maths subjects has increased since 2010 and we have today pledged £10 million investment to ensure teaching remains an attractive and fulfilling proposition and that every child has the opportunity to fulfil their potential.”

This follows the launch of the government’s first-ever integrated strategy to recruit and retain more teachers in schools – and will build on the 30,000 classroom teachers the government aims to recruit each year and support the 450,000 teachers already working in schools in England.

The pilot runs alongside Government plans set out in the Teacher Recruitment & Retention Strategy to improve incentives on offer to teachers in England to include retention-based payments for those who stay in the profession by staggering additional payments throughout the first years of their career.

“Maths and science open doors to higher wages and better opportunities for pupils. Great teachers are, of course, crucial to the success of STEM lessons and this pilot will help schools recruit and retain the best staff.

“We are investing in these teachers to inspire the next generations to succeed in Britain’s future economy.”

“High-quality teaching has a profoundly positive impact on children, particularly those from disadvantaged backgrounds. There are many factors that account for the disparity in outcomes for pupils in economically disadvantaged areas when compared with more affluent ones, but the availability and retention of teaching talent is among the greatest.

“Physics and maths are vital disciplines for the vibrant and successful sectors that are driving the economy in the North East. Investing in recruitment and retention of teachers is essential not only to the future success of pupils in this area but also to the long-term economic outlook of the region.”

“We warmly welcome the Government’s announcement and have long advocated the use of modest salary supplements to retain teachers in shortage-subject areas, where better paid opportunities exist outside of the profession. Gatsby’s own research strongly indicates that financial incentives would be more effective at curbing teacher shortages in maths and science than recruitment measures alone.

“We hope that this scheme is the first of many steps to ensure that learners nationwide are able to receive a high-quality and robust science and maths education regardless of geography, background or circumstance.”

Today’s announcement builds on the Government’s continued work to increase support for the teaching profession by trialling extra payments for teachers in schools, in 2019-20 and 2020-21, in subjects where there have traditionally been challenges in retaining teachers.

This is part of the Government’s commitment to invest in programmes to encourage take up in STEM-related subjects, including the opening of Lancaster Maths School, announced earlier this week (Tues 21 May). Created in a collaboration between Lancaster University and Cardinal Newman College in Preston, the school will act as a regional centre of excellence for delivering Mathematics at A Level for the most able 16 to 19-year-old students from across Lancashire.

It also follows the £508 million teachers’ pay grant announced last year to give thousands of classroom teachers a pay rise, and forms part of a drive led by the Education Secretary Damian Hinds to ensure teaching is a valued and rewarding career. 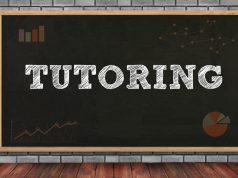 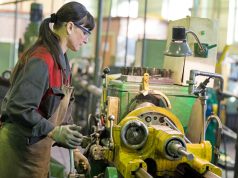