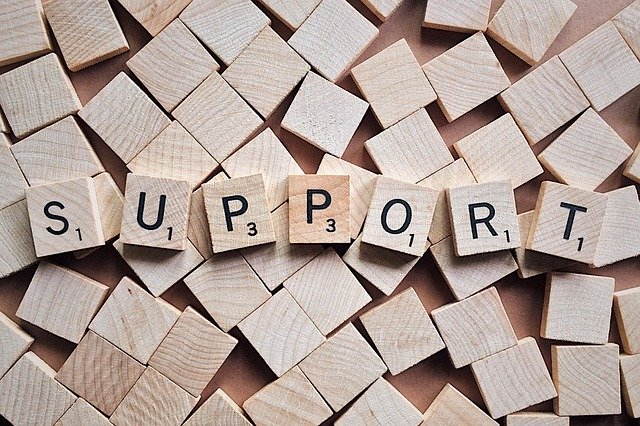 Business Minister Paul Scully calls on employers to ensure their organisation is spotting signs of domestic abuse and helping their staff find the right support.

Business Minister Paul Scully has today (14 January) issued a rallying call to employers across the country to take some simple steps to ensure their organisation is spotting signs of domestic abuse and helping their staff find the right support.

In an open letter to all UK employers, the Business Minister has outlined a few key, practical steps they can take to build awareness of domestic abuse, ensure they are noticing warning signs, and help workers access the support they need.

Warning signs for domestic abuse include changes in a person’s behaviour, a sudden drop in performance, mentions of controlling or coercive behaviour in partners, or physical signs such as bruising.

“For too long, a lack of awareness and stigma around speaking about domestic abuse has stopped workplaces from putting in place the kind of help that survivors so desperately need.

“I know from personal experience that both bosses and colleagues are in a unique position to help spot the signs of domestic abuse and ensure survivors get the support they need so they no longer have to suffer in silence.

“That doesn’t mean making employers into counsellors or healthcare workers, but the actions I’ve outlined today – which can be as simple as providing a safe space to talk – can have a life-changing impact on survivors.”

The open letter comes as the government publishes the final report from its Review into Workplace Support for Victims of Domestic Abuse, which was launched in June to collect evidence on what more both the government and employers can do to try and tackle all forms of domestic abuse.

In light of the findings of the report, Business Minister Paul Scully today announced plans to consult on the steps that can be taken so survivors can better exercise their existing employment rights, such as the right to request flexible working.

The government will also establish a working group including employers, representatives of domestic abuse victims and trade unions to convene regularly to establish practical solutions that employers can implement in the workplace, and to measure their impact on supporting survivors.

“Domestic abuse is a devastating crime which shatters lives.

“It is incredibly important that everyone works together to tackle this horrific crime, and that includes employers – whether that is supporting survivors in the workplace, ensuring staff know how to spot signs of abuse, or assisting victims in seeking help they need. Many employers are already supporting their staff who are experiencing domestic abuse in practical ways and we want this to become “business as usual” for all employers.

“We have built on this relationship between retailers and the public through the development of the ‘Ask for ANI’ codeword scheme. From today, those at risk or suffering from domestic abuse can discreetly signal to trained workers at participating pharmacies that they need help in accessing support.”

“The coronavirus has thrown not only domestic abuse into the spotlight, but the role of employers in tackling it. We have seen critical activity from our employer members to support their staff working at home who face domestic abuse, as well as a sharp rise in enquiries from businesses wanting help and guidance to put this support in place.

“Business is taking action but cannot do it alone.

“The government’s commitment through the Review into Workplace Support for Victims of Domestic Abuse is welcome and timely. Only through greater awareness among employers and staff of the damage done by domestic abuse and sharing employer best practice can we make a systemic change to the way domestic abuse is thought about and handled in the UK.”

“At Vodafone, we know we have a duty to help employees if they are facing domestic abuse. This is why we offer specialist training to HR and line managers; and our global domestic abuse policy provides support for employees affected by abuse, including counselling and additional paid leave.

“In partnership with Hestia, Vodafone Foundation created the Bright Sky app, which gives those experiencing domestic abuse access to local help and information; and our domestic abuse toolkit is a resource to help other employers implement a domestic abuse policy. We also encourage employers to work with organisations such as EIDA – by sharing best practice, we will better support those suffering domestic violence.”

The report also found that stereotyping of the types of people that can be affected by domestic abuse is hindering support, despite clear evidence showing that it can happen to anyone, no matter their gender, age, ethnicity or economic status.

While women are disproportionately affected by of domestic abuse, failure to look beyond stereotypes of the typical ‘victim’ may mean clear warning signs are missed and survivors are made to suffer in silence. According to the 2019 Crime Survey for England and Wales, an estimated 800,000 men suffered from domestic violence in 2018 to 2019.

Being able to work is critical for survivors of domestic abuse. Work not only provides an income but provides a sense of purpose and direction for survivors.

As well as being a place of safety and respite from their abuser, going to work allows survivors to make important social connections outside the home, which can have a massive impact on their health and wellbeing.

For many survivors, it can be one of the few places they feel safe to speak out about what they are going through.

The government’s ground-breaking Domestic Abuse Bill is continuing to make its passage through Parliament. The Bill will bring into law a statutory definition of domestic abuse that includes coercive or controlling behaviour as well as emotional and economic abuse, and also includes a wide range of measures to better protect and support survivors and their children.

Alongside the Review into Workplace Support for Victims of Domestic Abuse, the government has also announced the launch of the Ask for ANI scheme, ensuring new victims of domestic abuse will be able to access much needed support from thousands of pharmacies across the UK.

The codeword scheme, launched by the Home Office alongside Boots and independent pharmacies, allows those at risk or suffering from abuse to discreetly signal that they need help accessing support. A trained pharmacy worker will then offer a private space where they can understand if the victim needs to speak to the police or would like help to access support services such as a national or local domestic abuse helplines. 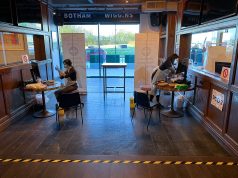