The Brexit Party today (Friday Nov 22nd) launched its Contract with The People.  Unlike a traditional manifesto, it proposes real, radical political change, placing leaving the European Union at the heart of its agenda.

The contract, set out by Nigel Farage at an event in central London, aims to turbo-charge the economy with a series of targeted incentives to drive growth, and together with a series of key policies on the NHS, immigration, defence, education, the environment, industry and small business.  The policies, which can only be delivered once the UK is cleanly out of the EU, will seek to capitalise on the opportunities created by Brexit.

Nigel Farage commented: “A Clean-Break Brexit can shape the future of our economy and society. It will give us the freedom to shape our future by taking immediate control of our own laws, borders, money, fishing and defence.

“We want to cancel HS2, save 50% of the foreign aid budget and save another £13bn a year in payments to the EU. That money can form part of a Brexit dividend to invest billions in Britain’s Regions, cut the cost of living, and build a better future for millions of our people.

“The old mainstream parties have made ‘manifesto’ a dirty word. Everybody knows that a manifesto is little more than a set of vague promises that its authors have no intention of keeping. By contrast, our Contract with the People is a targeted set of deliverable pledges.

“We are not seeking election as a government. We are seeking to deliver the Brexit that we were promised three and a half years ago.  With a Clean-Break Brexit, we can start changing Britain for good from day one. There will be no extended ‘transition period’, no more years of wrangling with Brussels, no further entanglement with the EU’s controlling political institutions. We will be free to start building our future immediately, to change politics and Britain for good. And that’s a promise.”

Cut the cost of living

Invest in our future

The full polices can be viewed at www.thebrexitparty.org/policy-platform 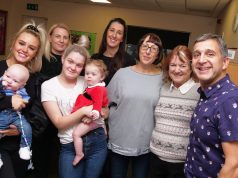 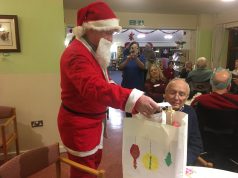 It’s Christmas at The Leyland Centre