Officers advise young Brits travelling to the Balearic Islands to ensure they have official contracts before undertaking PR work for bars and clubs.

Young British nationals travelling to Majorca will receive tips on how to avoid exploitation as part of an annual Border Force operation designed to safeguard holiday makers.

Border Force officers will be distributing leaflets and speaking to passengers at ports across the UK about the risks involved in unofficial public relations (PR) work – those employed to attract people into bars and clubs in the Spanish tourist hotspot.

Research commissioned by the Foreign and Commonwealth Office found that 80% of British people imprisoned in Majorca in 2018 were former PR reps.

“Travelling abroad for a summer in the sun can seem like a dream come true, but it can quickly turn into a nightmare for young people subject to exploitation by unscrupulous employers.

“It’s important to raise awareness of these risks and I hope it will ensure a safe and happy trip for young British holiday makers.”

The operation will run at ports across the UK from 16-30 June. Activity has already concluded at Scottish ports to coincide with different school term dates.

The FCO-commissioned research found that unofficial PR workers are often employed without official contracts, forced to work long hours for low wages, and not provided with suitable accommodation.

This can lead to them falling into debt and being drawn into illegal activities, such as selling drugs.

“This is the second year of this operation. Last year, the campaign helped to reduce the number of illegal PR workers becoming consular cases.

“Majorca continues to be a hugely popular destination for young people, not least because of its fabulous beaches and well-known nightlife. But we also want them to be aware of the risks of working illegally and to know what to do if they have problems.”

Key advice to young people considering a PR role is to:

Anyone who is overseas and has their passport taken should first report it to the police. British nationals should then contact the local British Consulate for help and advice to get a replacement. In Spain the contact details are 0034 933 666 200 or info.consulate@fco.gov.uk.

Digital Services at the Border

The UK border: preparedness for the end of the transition period 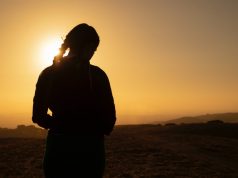 1,400 per cent increase in child modern slavery referrals made by councils