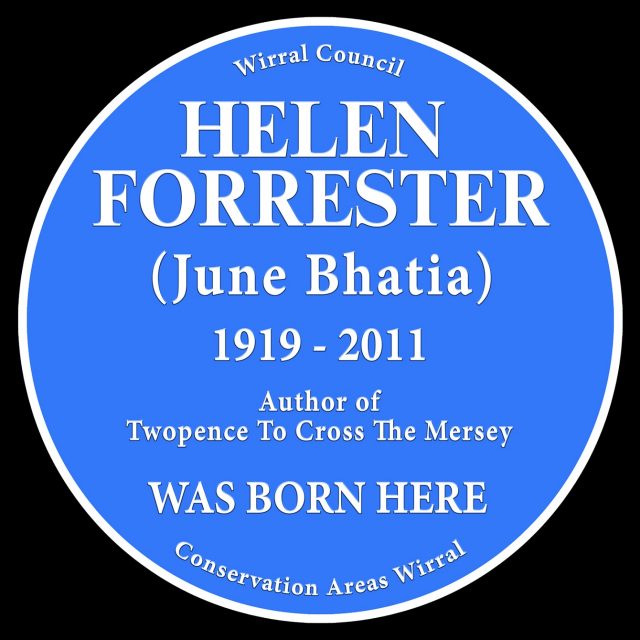 A prestigious Blue Plaque has been unveiled at the childhood home of acclaimed author Helen Forrester, who penned a series of best-selling books including Twopence To Cross The Mersey.

The plaque was officially unveiled at Helen’s childhood home in Warren Road, in Hoylake on the Wirral Peninsula, at a special presentation on Friday (21 February), led by Helen’s son Robert Bhatia who had travelled from his home in Canada specially for the events.

Actors Sian Reeves and Mark Moraghan unveiled the plaque, they play Helen’s Mother and Father in the new stage production of By The Waters Of Liverpool. Guests also included the Deputy Mayor Of Wirral, Councillor George Davies.

Robert Bhatia commented: “I am thrilled to see this Blue Plaque where my Mother discovered her passion for books on her grandmother’s bookshelves. It is also where she along longed to come if only she had had twopence to cross the Mersey. The partnership between playwright Rob Fennah and my mother Helen, and her legacy, has been outstanding.”

Helen Forrester won a legion of loyal fans through her gritty, working class memoirs which also included Liverpool Miss, By The Waters Of Liverpool and Lime Street At Two. Her autobiographical writing was characterised by a lack of self-pity and an unsettling honesty as she portrayed her life during the Great Depression of the 1930s.

The latest work of Helen’s works to be brought to life on stage is By The Waters Of Liverpool, and follows a hugely successful run at the Liverpool Empire Theatre in October 2018, when the new production was premiered to rave reviews. The show is about to embark on a 17-theatre tour of the UK.

Helen’s Blue Plaque joins a whole host of other sites across Wirral which have been recognised with the accolade, awarded by Conservation Areas Wirral. Others include Prime Minister Harold Wilson; poet Wilfred Owen; Ann Davison, first female to sail the Atlantic solo in a small boat; and Everton and Tranmere footballer Dixie Dean.

Born June Huband on 6 June 1919 in Hoylake, Helen was the eldest of seven children of inept, socialite, middle-class parents who lived on credit. When her father was made bankrupt during the Great Depression, the family was thrown into poverty. Evicted from their comfortable home in England’s gentler South West, with nothing more than the clothes they stood up in, the large family took the train to Liverpool where they hoped to rebuild their lives.

While Forrester’s father searched unsuccessfully for work, the family were forced to live together in a bug-infested single room. As the eldest child, the 12-year-old Helen was kept away from school to look after her six younger brothers and sisters. For the next few years the family had to rely on meagre hand-outs from the parish and the kindness of strangers. At the age of 14, Forrester rebelled against her life of drudgery and her parents agreed to allow her to attend evening classes to make up for her missed years of education. Throughout her teenage years, Forrester worked for a charitable organisation in Liverpool and it was this period in her life that provided the background for many of her books.

During her family’s estranged years suffering in the slums of Liverpool, across the River Mersey, in the affluent Wirral suburbs lived her well-heeled grandmother. She had fallen out with her son after he had borrowed heavily from family members and was unable to repay his debts. Condemning him as a worthless spendthrift, Helen’s grandmother would have no more to do with him. Despite this, Helen was convinced that if she could muster up the tuppence required for a ferry boat ticket, she could visit her grandmother, explain what was happening to the family, and she would come to their rescue. Although this never came to pass, it did provide the title of her first book, Twopence To Cross The Mersey.

Helen had previously said: “For the first six months of my life I lived at Grandma’s house in Hoylake with my mother; my father was overseas fighting in Russia. In subsequent years, until the age of 11, I spent all my school holidays there. They were the happiest days of my childhood.”

After surviving the Blitzing of Liverpool and losing two consecutive fiancés to the Second World War she went on to marry Dr. Avadh Bhatia in 1950. The couple travelled widely, eventually settling in Edmonton, Canada. In 1955, Dr. Bhatia became director of the Theoretical Physics Institute at the University of Alberta. Helen was awarded an Honorary Doctorate by the University of Liverpool in 1988 and by the University of Alberta in 1993. She died on 24 November 2011 in Edmonton aged 92. Her writing continues to inspire readers around the world.

By The Waters Of Liverpool Spring 2020 UK Tour opens on Tuesday 3 March at the New Brighton Floral Pavilion in Wirral – just a few miles from where author Helen Forrester was born.

Playwright and friend of Helen, Rob Fennah, added: “Although Helen is no longer with us, she is always in my thoughts. While I was adapting By The Waters Of Liverpool, I imagined her looking over my shoulder, checking that all the little details were correct and in order. It’s a real privilege to be entrusted with her most famous works, but also a huge responsibility. And I am thrilled Helen’s talent and achievements have now been recognised with a Blue Plaque at her childhood home in Hoylake.

“Helen refers to her Father as a ‘butterfly in the rain’ in her first book, Twopence To Cross The Mersey. This beautiful image inspired me to write a song of the same title. Helen heard the track, really liked it, and asked if she could use it when promoting her books around the world. The friendship started right there. A picture was taken on the day we met, which Helen and I jokingly referred to it as ‘when leather met tweed’. It’s a lovely photograph and says everything about the friendship that was to follow.”

From there, Rob and Helen’s friendship continued. Rob then brought Helen’s books to the stage for the very first time with a musical version of Twopence To Cross The Mersey. 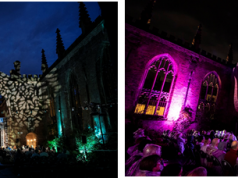 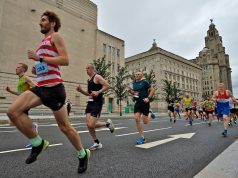