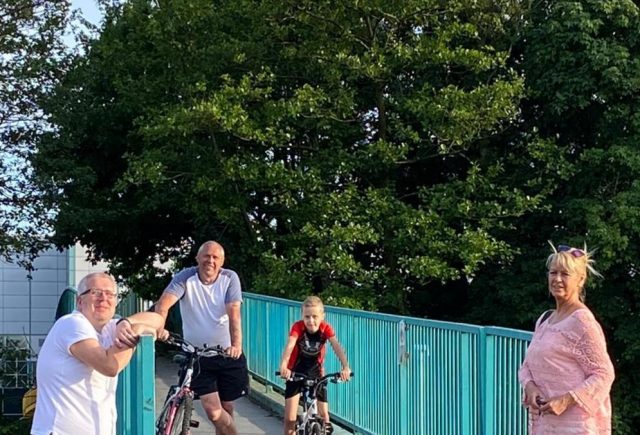 Birch Green Councillors Carl Coughlan and Sue Gregson have launched a campaign to save a well used pedestrian bridge crossing located on Northway between the Concourse and the Ecumenical Centre.

The councillors were shocked to learn earlier this month that Concourse Shopping Centre owners Skelmersdale Limited Partnership (SLP), are planning to demolish the bridge, stating the following in their application:

‘Due to the ongoing maintenance liability of an ageing pedestrian bridge which is not widely used we propose to replace this using the existing surface level highway crossing point already used by members of the public.’

Cllrs Coughlan and Gregson were appalled to read this as they strongly disagree with the views of SLP. They said:

“If a public consultation had taken place, the Concourse owners would be aware that the bridge is currently the only safe crossing point in this location especially for people with mobility issues and those with prams and buggies.

“The bridge crosses over a busy road and is well used by local residents as there is currently no alternative safe crossing point at surface level.”

The councillors have since started a petition on 38 Degrees to call for SLP to retain the much used facility. Since the petition was launched, the statement regarding the bridge not being widely used has been strongly challenged by the public, with many people sharing the impact this will have on their individual circumstances through comments on social media.

On the Facebook Group ‘Growing up in Skelmersdale’ local resident Collette Gaskell commented:

“That corner is a disaster with people crossing because drivers can’t see them until after the roundabout (coming from the McDonald’s way). People need to be protected and that bridge is a great way of doing so.”

“I’m able-bodied and even I don’t feel comfortable crossing that road at times. The footbridge gives all those less confident a safer alternative.’

Lancashire County Council, as the local Highways Authority, have given their professional views on the application stating:

“As the proposal is to remove an existing safe pedestrian crossing point, in the interest of pedestrian safety, the highway authority would recommend the applicant provides a signal controlled crossing as a replacement to the footbridge.”

“Our main concern is the safety of local residents. For the Concourse owners to quote ongoing maintenance liability as the reason to remove the bridge is concerning. We feel it would be a dereliction of duty not to maintain the crossing and let it fall into a state of disrepair.”

The Birch Green Councillors have written to SLP asking for a reconsideration of the plan to demolish the bridge, outlining their concerns and requesting any surveyors’ reports and related costs regarding the ongoing safety and maintenance of the bridge.

The online petition has already attracted over 250 signatories supporting the bridge remaining and can still be signed at you.38degrees.org.uk/petitions/keep-our-safe-crossing 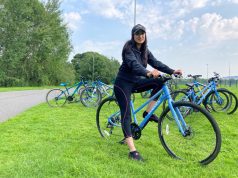 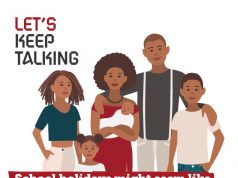 Campaign continues to encourage talking to save lives