“The IFS analysis shows that if the Conservatives are elected their spending cuts would be deeper than any other party, and the biggest austerity package in the world for an advanced economy.

“Not only would this destroy many public services, it would take so much cash out of the economy that it would run a real risk of choking off the recovery. This would be economic self-harm designed to shrink the state back to the 1930s when we had neither the NHS nor a decent welfare safety net.” 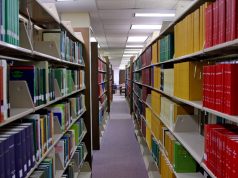