TUC analysis of official figures published for today’s (Wednesday) budget shows that wages are now set to be worth £800 less per year in 2021 than had been expected at the budget in March.

The TUC warns that investment measures in today’s budget are far below what is needed to boost growth, get wages rising, and get Britain fit for Brexit.

“The news for workers gets worse and worse. Their wages are set to be worth hundreds of pounds less than the government thought in the coming years. This budget won’t give Britain the pay rise it so badly needs.”

On investment, she added:

“The Chancellor’s job today was to get Britain’s economy fit for Brexit. But what he announced falls far short of the investment boost the economy needs. And it leaves us trailing our competitors.

“The government must urgently up its game, or life outside of the EU will be a rough ride for working people. Investment must be targeted at the big sectors of the future, like low-carbon industry. And it must be directed towards communities that are most in need of more and better jobs.”

On changes to Universal Credit, she added:

“Making people wait less for Universal Credit is a small step forward, but big changes are needed or working people will be left thousands of pounds a year worse off. If the Chancellor can afford tax cuts for big business, he can afford to help working families.” 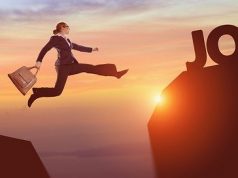 Slow growth poses risk to jobs in 2020, even as UK returns to record pay