We are appealing for witnesses following the report of a sexual assault in Southport on Monday 6 January.

At around 6.30am, a 34-year-old woman was approached by a man on Eastbank Street and allegedly sexually assaulted as she walked towards Southbank Road.

The woman has suffered scratches and bruising after being grabbed and left distressed following her ordeal.

The man is described as white, aged 40-45 years, 5ft 5in tall of medium build with a round face and clean shaven.

He was wearing a black coat with a grey hoodie underneath together with black bottoms.

He was described as being intoxicated at the time of the incident.

Enquiries are ongoing to establish the full circumstances and identify the offender.

Detective Inspector Catherine Walsh said: “We would like to reassure the community that we are fully investigating the incident and pro-actively looking for the offender.”

“If you were in or near to Eastbank Street or Southbank Road area around 6.30am and saw the incident or heard anything suspicious, please come forward.

“We are especially keen to speak to anyone who may have been driving through the area at the time and have captured dash-cam footage.” 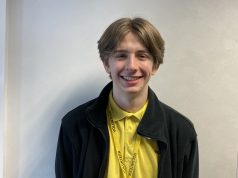