Almost half of the British public think that today’s youth will have a worse life than their parents, according to new YouGov polling published by the Sutton Trust today.

The shocking finding is that there is an increasingly pessimistic view of life chances for young people. Only a third (35%) of the 2,009 adults surveyed agreed that people in the UK have equal opportunities to get on. This represents a steep decline from 2009, when over half (53%) of the population agreed with the sentiment.

People were also not hopeful about the chances for today’s young people compared to their parents. Almost half (47%) of those that took part in the YouGov survey thought that today’s youth would have a worse life than their parents and just 29% thought that it would be better. Millennials (respondents ages 25-34) were the most pessimistic, with just one in five (20%) seeing a better future for young people today, compared to one in three (34%) baby boomers (i.e those over 55).

When asked what makes the most difference to getting ahead in life, three-quarters (77%) felt that ambition was essential or very important to success, while a slightly smaller proportion (69%) thought that having a good education was key. However, an increasing proportion of the population think that factors beyond talent and drive are vital. Just over a third (34%) of those polled thought that coming from a wealthy family was essential or very important to success, up from 14% in a similar survey in 2009. And ‘knowing the right people’ was cited by 54% in the YouGov survey, up from 33% in 2009.

The respondents were also asked to choose which education policy measures would be the most effective in improving social mobility and help disadvantaged young people get on in life. Over a quarter (26%) said focusing on developing ‘life skills’ like confidence and resilience in state schools was key, while 18% thought more high-quality apprenticeships opportunities were important. The third most common answer – chosen by 13% of the British public – was fairer admissions to state schools, so that the best schools are open to those from all backgrounds.

Today’s polling is published following the Sutton Trust’s Mobility Manifesto, which outlines a variety of practical policies – from the early years to the workplace – to address Britain’s stubborn social mobility problem.

The 10 key recommendations are:

“Britain’s exit from the European Union continues to preoccupy both politics and the media. But this general election should be about much more than that. It is essential we do not lose focus on the bigger picture, and social mobility is one of our greatest challenges.

“It is clear from our polling that the British public is increasingly pessimistic about opportunity in Britain. Only a third believe people have equal opportunity to get on and almost half think that today’s youth will have a worse life than their parents, compared to just 29% who think it will be better.

“In order to tackle this we need a step change in social mobility. Our ambitious ‘Mobility Manifesto’ puts educational opportunity and social mobility front and centre. It contains wide-ranging policies covering everything from opening up independent day schools, fair access to university and pathways to the most sought-after jobs.”

New report highlights that some of the most deprived schools require additional support now, to meet the costs of Covid-19 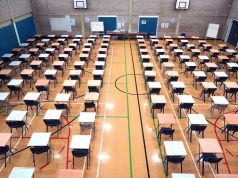 Extra measures to support students ahead of next summer’s exams