Three African billionaires today have more wealth than the poorest 50% – or 650 million people across the continent, reveals a new Oxfam report today.

The report, called “A Tale of Two Continents”, is launched as African political and business leaders gather this week for the World Economic Forum Africa Meeting in Cape Town, South Africa. It shows how rising and extreme inequality across Africa is undermining efforts to fight poverty.

A Tale of Two Continents reveals that while the richest Africans fortunes are increasing, extreme poverty is rising in the continent. The report also looks at how unsustainable levels of debt and a rigged international tax system are depriving African governments of billions of dollars in lost revenue each year – money that could otherwise be invested in education, healthcare and social protection.

The continent is rapidly becoming the epicentre of global extreme poverty. While the number of people living on less than $1.90 a day has plummeted in Asia, this number is rising in Africa. The World Bank estimates that 87% of the world’s extreme poor will be in Africa by 2030, if current trends continue.

“Africa is ready to rise – but only once it’s leaders have the courage to back a more human economy that works for the many and not a few super-rich men. They can achieve this by investing in inequality-busting, universal and quality public services like health and education and by developing truly progressive tax systems. These are particularly powerful for women and girls living in poverty. They can also back a transformation towards decent and dignified work that protects the rights of workers, especially in the age of the African Free Trade Area and the new digital era.”

The report features a first-ever ranking of African nations on their commitment to tackling inequality. The Commitment to Reducing Inequality Index, developed by Oxfam and Development Finance International, ranks countries on their policies on social spending, tax, and labour rights – three areas the organisations say are critical to reducing inequality. South Africa and Namibia take first and second place respectively, with their strong social spending and a progressive tax system. Nigeria meanwhile has an unenviable distinction of being at the bottom of the Africa ranking, as well as the global ranking for two years running.

The report shows that:

African women and girls are also most likely to be poor. They also stand to lose the most when public services like healthcare and education are underfunded. In Kenya, a boy from a rich family has a one-in-three chance of continuing his studies beyond secondary school. However, a girl from a poor family has a 1-in-250 chance of doing so. Women and girls also bear the brunt of failing healthcare systems, clocking in hours of unpaid care work looking after sick relatives. In Malawi, women spend seven times the amount of time on unpaid care work than men.

“African political and business leaders face a clear choice. They can stay on the path of increasingly extreme inequality, where poverty continues to rise while wealth in the hands of a tiny elite and foreign companies’ spirals. Or they can choose another way: towards a more prosperous and equal Africa that invests in and respects the dignity of all its people.” 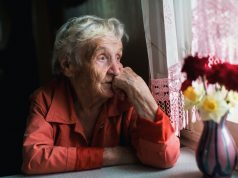 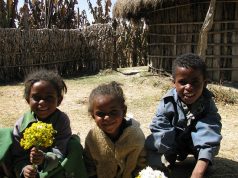 The LEGO Foundation Awards US$100 Million Grant to the International Rescue Committee to Bring Learning through Play to Children Impacted by Crises in Ethiopia...