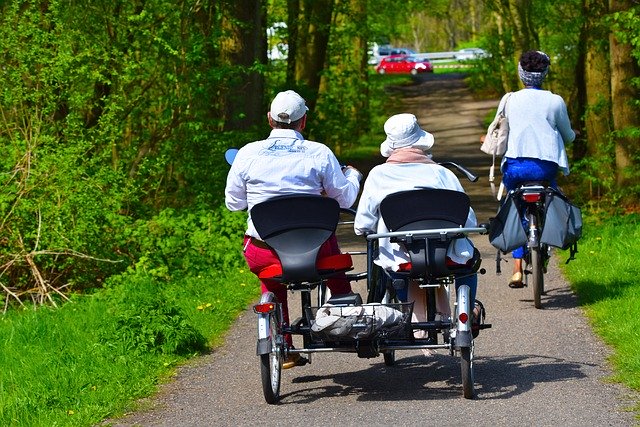 A report shows that older people aged 55 and over in England are leading the way in improving their activity levels, with increases higher than any other adult age groups year on year since 2015/16.

Meanwhile, improvements in activity for age groups under 55 during the same period, have either plateaued or decreased.

These figures, extrapolated by Age UK from Sport England’s Active Lives Adult Survey (May 18/19 Report), show improvement in activity levels among people aged 75+ were reportedly highest, up 4.7% in 2018/19 when compared with 2015/16. Whereas those aged 55-74 reported the second highest noted increase up 3.4% for the same period.

Despite strong evidence supporting the health benefits of keeping active, over a quarter (27%) of those aged 55-74 and nearly half (49%) of people aged 75+ are reported as being inactive.

Activity levels fluctuate with the seasons too. One study shows that people who do light-intensity physical activity significantly reduced their activity levels during the winter time, whereas the amount of time they spent in bed increased. As a result, body mass, which mainly consists of body fat, peaks in the winter season, with an average variation of around 3kg.

Muscle mass is more effective than body fat at keeping our bodies warm as it produces heat, but we start to lose it at a rate of around one per cent every year from the age of 55. Being active is key to retaining muscle mass and keeping us a bit warmer during the winter months.

Importantly, there are strong links between physical inactivity and serious illness, and a reduced life expectancy. Evidence shows any amount of activity is proven to have health benefits, not just those who take part in ‘moderate to vigorous’ activities. Those who are more physically active in middle age are also reportedly less likely to die early, whether they do ‘light’ or ‘moderate to vigorous’ activity.

Nevertheless, it is those who are the most active who are less likely to die early (73%), as opposed to those who do the least.

“Even small amounts of physical activity can make a difference to a person’s health, lowering the risk of developing serious conditions such as heart disease, stroke, and certain cancers. Along with lowering risks of dementia and maintaining thinking skills in later life,performing exercises that improve muscle strength can also reduce the risk of falls by improving posture, coordination and balance.

“Often older people feel that regular physical activity is not for them but even people who are immobile or unwell can feel the benefit. We don’t expect everyone to run the marathon and it’s not appropriate that they do, simply doing some stretching exercises while sitting in a chair is a help.

“It doesn’t matter whether you’re aged 25 or 85, it’s never too late to take small steps towards moving more on a daily basis and maintaining those levels throughout the year – so why not join in with those people who are already becoming more active, and make moving more of a priority this new year?”