A Trip to Greenwich By Val Hearn

Greenwich is about 4.5 nautical miles approximately 5.5 miles from London. There has been a village there since Saxon times when it was known as Green Wic, wic being an early English word meaning port.

One of the most pleasant ways to get from London to Greenwich is to take the boat down river from Westminster Pier. It is a leisurely trip especially on a warm sunny day. And the real treat is all the sights to be seen on both sides of the river. New modern buildings rub shoulders with the old. The narrow streets that housed Dickens characters in dingy alleyways are overlooked by the Shard.

Leaving the houses of Parliament behind the boat passes the Coca Cola London Eye on the right followed by the Royal Festival Hall and then under Waterloo Bridge. Somerset House, which formally held the registers of Births, Deaths and Marriages, is on the left. As the boat glides down river towards the Millennium Bridge on the right is the National Theatre, the OXO building and the Tate Modern whose next door neighbour is the Globe.

The Globe is on the South bank which for centuries was the place that hosted the entertainment for the more seedy side of London society. Often it was the place where pilgrims rested for the night before leaving for Canterbury. Rumour has it that these pilgrims who would soon reject all earthly pleasures, made the most of them while they were in Southwark. Even today it’s claimed that some taxi drivers ‘Don’t go South of the river after dark.’

The Millennium Bridge links the South Bank to the North Bank which is the start of the square mile of the city, and where St Paul’s Cathedral stands. There have been five buildings, the most recent was completed in the late 17th century and was designed by Sir Christopher Wren.

As the boat slides under London Bridge the Shard comes into view. It is 310 metres high, with ninety five floors and no it’s not possible to see France from the top. HMS Belfast is permanently moored in the Thames and is open to visit. She was built in 1936 by Harland and Wolff in Belfast as a town class cruiser. She was involved in a much of the action in World War II, today she is a museum ship.

Probably one, if not the most famous bridge on the Thames is Tower Bridge. People often think it’s older than it is because it was designed to complement the Tower of London to the left. In 1971 entrepreneur Robert P. McCulloch of McCulloch Oil thought he was buying Tower Bridge. In fact he had bought London Bridge. It was dismantled brick by brick and re-assembled at Lake Havasu in Arizona. Despite the mistake it is a tourist attraction and McCulloch recouped his money.

Leaving the bridge behind the boat moves down river and is surrounded by the dock area, the remnants of the city that Dickens wrote about. Nowadays this area is one of the most expensive real estates. Recently a two bedroom apartment sold for two million pounds. The rest of the journey to Greenwich is a gentle cruise, which includes passing Canary Wharf with 120 shops across five malls.

As Greenwich comes into view one of the first sights is the Clipper the Cutty Sark, a tea clipper that was launched in 1869. Tea clippers were designed to bring tea from China as quickly as possible. Nowadays it is maintained by the National Maritime Museum. Looking up at the height of these tall masts and imagining rolling around in the high seas while up in the crow’s nest in a storm it must have been very frightening.

Another sight is two circular buildings with glass domed roofs on either side of the river. These are the entrances to the pedestrian tunnel that runs under the Thames. On the opposite side of the river is the Isle of Dogs, that together with Greenwich come under the Royal Borough of Greenwich (one of only two royal boroughs in London, the other being The Royal Borough of Kensington and Chelsea). For many years the two districts were connected by a ferry. However the ferry wasn’t reliable and in 1898 it was decided that a tunnel was the solution. In 1902 the tunnel opened as a public highway which is free to walk through.

Close to the ferry terminal is the Royal Naval College, which was a Royal Navy training establishment used between 1873 and 1998 to provide courses for naval officers. It was the home of the Royal Navy’s staff college, which provided advanced training for officers. Work began in 1696 to create the Royal Hospital for Seamen, designed by Sir Christopher Wren and Nicolas Hawksmoor. Nowadays it used by the University of Greenwich and Trinity School of Music, however the Painted Hall and the Chapel are open to visitors.

Of all the attractions at Greenwich possibly the one that shouldn’t be missed is the Royal Observatory situated in Greenwich Park designed by Sir Christopher Wren. The foundation stone was laid by John Flamsteed, the first Astronomer Royal. The observatory has many wonderful exhibits, however possibly the most pivotal in Britain’s naval history is Harrison’s clock. For many years sailors had been able to determine how far north or south they were by the stars, but the same did not apply to how far west or east they were.

Many disasters could have been avoided if the captain had been able to pinpoint the ship’s position. In 1741 Commodore George Anson was concerned about his crew’s poor health and the need for fresh water. Although he knew he was close to the coast of Chile for various reasons he knew it would not be safe to go ashore there. So he set off for the Isle of Juan Fernandez. Because he could not tell how far East or West he was he guessed his position. The outcome was that after a few days and not spotting the island Anson concluded he was travelling in the wrong direction. He turned the ship about and journeyed in the opposite direction. When he hit the Chilean coast he realised he had been in the right direction in the first place.

By the time he finally arrived at the island many of his crew had died and the others were very ill. Had Anson been able to determine West from East this disaster may have been avoided. And these disasters were not confined to far away locations. In 1707 four British warships returning home ran aground off the Isles of Scilly with a loss of almost two thousand men.

Harrison realised that if the sea captains knew the time in London, they could use the sun to work out their longitude. After several attempts he solved the problem. It was considered to be so important following the Scilly naval disaster  that the British Parliament issued  the 1714 Longitude Act that offered financial rewards of up to £20,000, the equivalent to £2.89 million in 2018. It has been suggestion it took Harrison longer to get paid by the government than it did to design the clock!

This led to the establishment of the Prime meridian, which is Longitude 0° and divides the eastern and western hemispheres. In the same way the equator divides the earth into the northern and southern halves. Visitors to the observatory can stand with a leg either side of the line and be in the East and West simultaneously.

In the past the ships leaving London waited in the Thames at Greenwich to hear the one o’clock gun fired from the observatory to set their clocks. The tradition remains even though ships to day have very sophisticated navigational systems

There are many royal connections with Greenwich dating back to Ethulwulf in 871. And it was where Henry VIII was born on June 28th in 1491, he was there when he signed Ann Boleyn’s death warrant, and his daughters Mary and Elizabeth were also born there. The Queen’s house is still open to the public.

Travelling back from Greenwich is possible by train and bus however the trip along the river Thames back to Westminster Pier is just as pleasant as the journey there. And as the ferry nears Westminster Pier it is possible to see Westminster Bridge with the famous Houses of Parliament on the right and on the left a little further ahead St Thomas’ hospital on the left, named after Thomas Beckett. 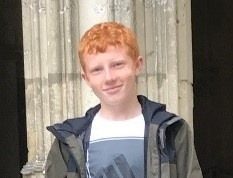 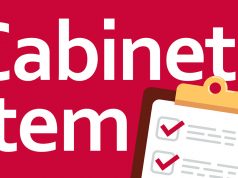 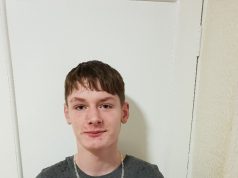