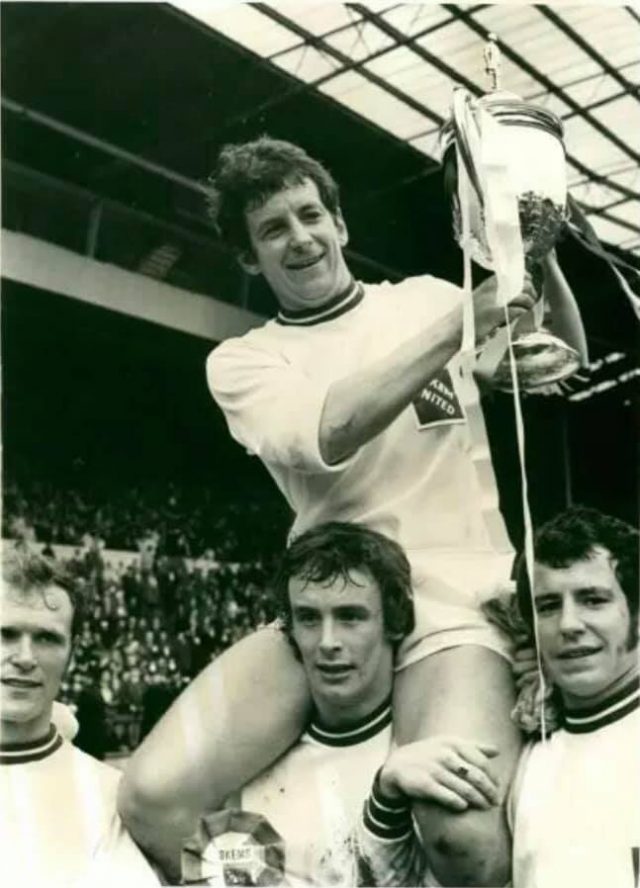 Well 50 years ago today, the people of Skelmersdale and surrounding areas were gearing up for another trip to London, as United had seen of all comers yet again and reached the final of the Amateur Cup, this time they would face Dagenham.

To the Players, Management and Directors from 1971, Skelmersdale United salute you.

50 years ago to the day the brave men of Lancashire strode out onto the Wembley turf and did what no other club from outside London and the North East achieved, they claimed the famous silverware.

There will be a Special Presentation evening on July 17th at the JMO Sports Park, where the players from 71 and the Amateur Cup era will be attending, details will follow soon.

You can read more about 1971 in the Skelmersdale UNITED REVIEW 5, which is out now, with plenty of pics from both 71 and 67. along with articles on Shaun Foster, Alan Mansley and much more.

Not bad for a man whom Skelmersdale manager Roy Rees admitted after the game, is probably a better full back than a forward!!. Ted Dicken whose 1971 diet of Cheshire League goals has been at starvation level “came good” in the big game that really mattered and joined such Wembley immortals as Geoff Hurst and Stan Mortensen with three goals, which earned him an illuminated congratulations on the scoreboard “Well done Ted Dicken. A fine hat trick” writes Geoff Howard.