Communities across the country will have the opportunity to bid for a share of £500,000 of new funding to hold their own local events.

Thousands of communities across the country will have the opportunity to bid for a share of £500,000 of new funding to hold their own local events to celebrate the contribution of the Windrush Generation on Windrush Day and throughout the year.

The fund, which launches today (22 November 2018), will provide money to local councils, charities and community organisations seeking to hold commemorative and educational events to mark the arrival of the Empire Windrush at Tilbury Docks. This could include exhibitions, seminars, school projects and street parties.

“I am delighted to launch the Windrush Day Grant Scheme, which will help ensure that people across the country have the opportunity to take part in celebrations and commemorations every year.

“It’s absolutely right that we honour the Windrush Generation and their descendants who have contributed so much to our national life, and this fund will help keep their legacy alive for generations to come.”

A national Windrush Day, announced earlier this year, will take place annually on 22 June and will encourage communities across the country to celebrate the contribution of the Windrush Generation and their descendants.

The grant scheme will be overseen by the Windrush Day Advisory Panel made up of community representatives.

“We welcome this initiative, which invites organisations and institutions to apply for funding to celebrate Windrush Day annually.

“It will support projects that help the public to appreciate the contribution the Windrush Generation has made and continues to make to Britain’s wellbeing.”

The announcement builds on a range of events marking the 70th anniversary of the arrival of the MV Empire Windrush, culminating in a National Service of Thanksgiving at Westminster Abbey on 22 June 2018.

70 years ago, on 22 June 1948, the Empire Windrush landed at Tilbury Docks in Essex. The arrival of 492 passengers from the Caribbean marked a seminal moment in Britain’s history, and their story has come to represent the rich diversity of this nation.

The Windrush Generation made a huge contribution to rebuilding the country following the Second World War and their descendants have continued to enrich social, economic, political and religious life. 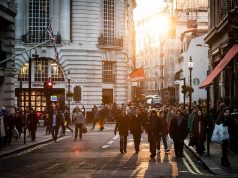 £50 million boost to support the recovery of our high streets